Enter the raw score, population mean, and standard deviation to find the z-score using the calculator below.

Use the Z-Score Formula

Substitute Values and Solve to Find the Z-Score

z=\ ?
Learn how we calculated this below
Add this calculator to your site

How to Find the Z-Score 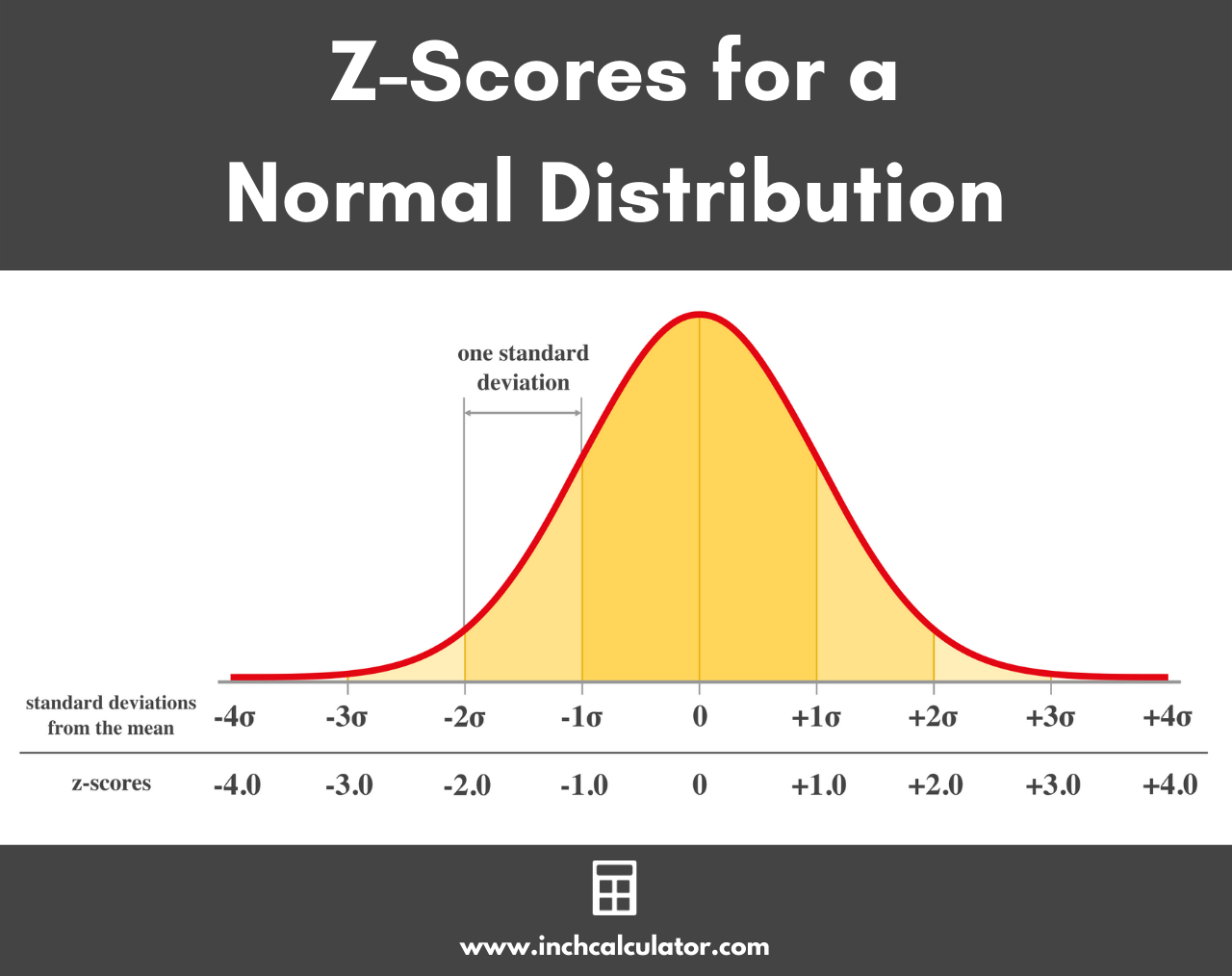 Z-scores are useful statistics because they allow you to calculate the probability of a score in a standard normal distribution, also known as the p-value. You can also use it to calculate the margin of error in survey data, for example.

Of course, the easiest way to find the z-score is to use the calculator above, but you can also find it using a formula.

You can find the standard score for any value in a normal distribution using the z-score formula if you know the mean and standard deviation.

Thus, the z-score z for a data point x is equal to x minus the population mean μ, divided by the standard deviation σ. 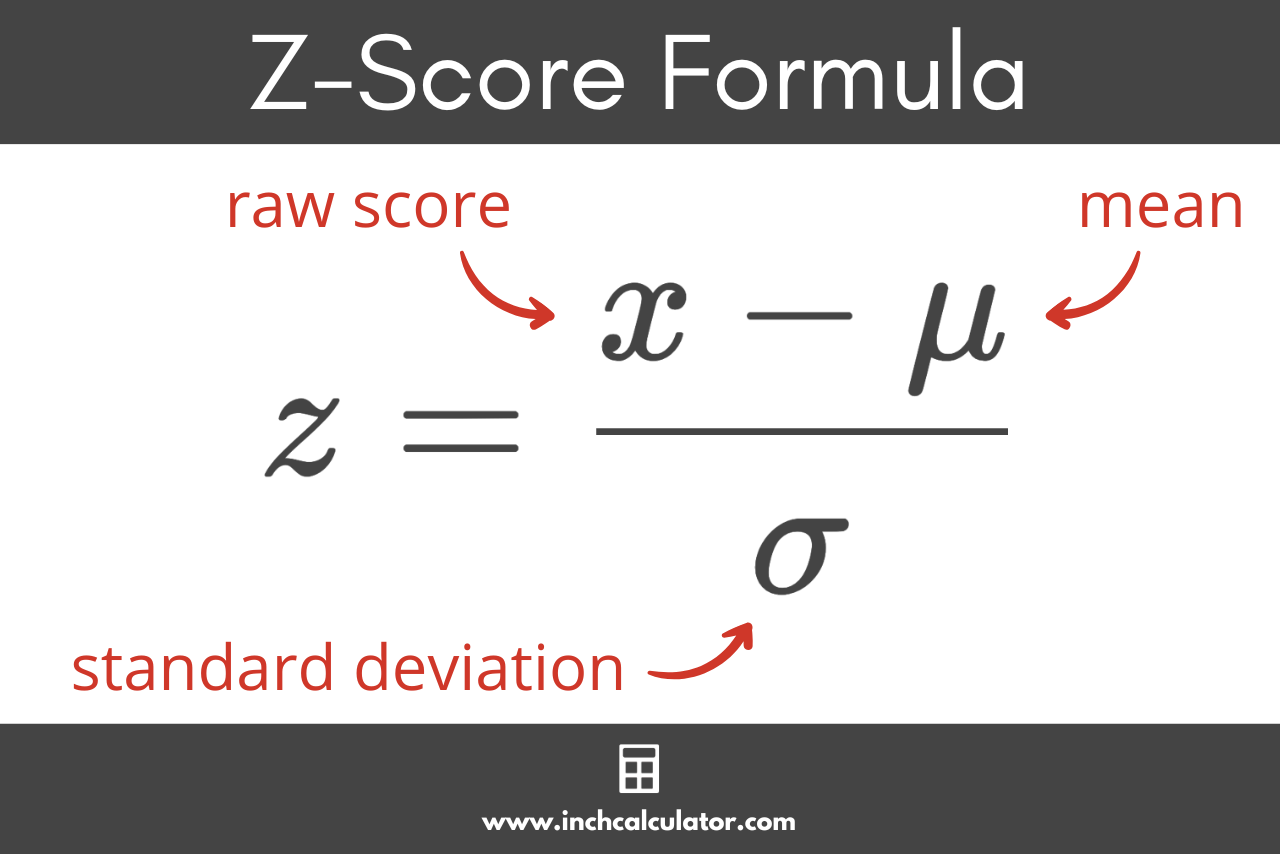 Steps to Find the Z-Score

You can find the z-score for a value in a few simple steps.

Step One: Find the Mean

The first step to finding the z-score is to find the mean for the population. You can use a mean calculator or use the mean formula.

The final step to finding the z-score is to use the formula above and substitute the values for the mean and standard deviation.

For example, let’s say Jane was taking a statistics course, and she received a score of 93 on her final exam. The average score in the class was 89 and had a standard deviation of 3. Let’s calculate the z-score for Jane’s score.

How to Find the Z-Score for Sample Means

It’s also possible to calculate the z-score for a random sample of raw scores. The resulting score will be the distance in standard errors between the sample mean and population mean.

Z-Score of a Sample Formula

This is very similar to the one-sample t-test formula.

How to Interpret a Z-Score

As noted above, the z-score is equal to the distance of a value from the mean in standard deviations, but what does that actually tell us? There are a few things we can take away from the z-score after we calculate it.

What is a Z Table?

You might have also heard of a z table. A z table is a table that allows you to find the probability of a value being to the left of a z-score in a normal distribution.

Each entry in the z table represents the area under the normal distribution bell curve to the left of z. These are the left-tailed p values for the z-score.