Find the average value by entering the numbers below.

Step One: Count the Numbers

Step Two: Find the Sum of the Numbers

Step Three: Use the Average Formula

How to Find the Average

The average, or mean, is a measure of the central tendency of a set of numbers. It is a single number used to represent the center, or typical value, for a larger set of numbers.

The average is one of the fundamental measurements for a data set in statistics and is used as the basis for several other measurements.

You can find the mean using a formula.

The average formula to find the mean for a set of numbers is: 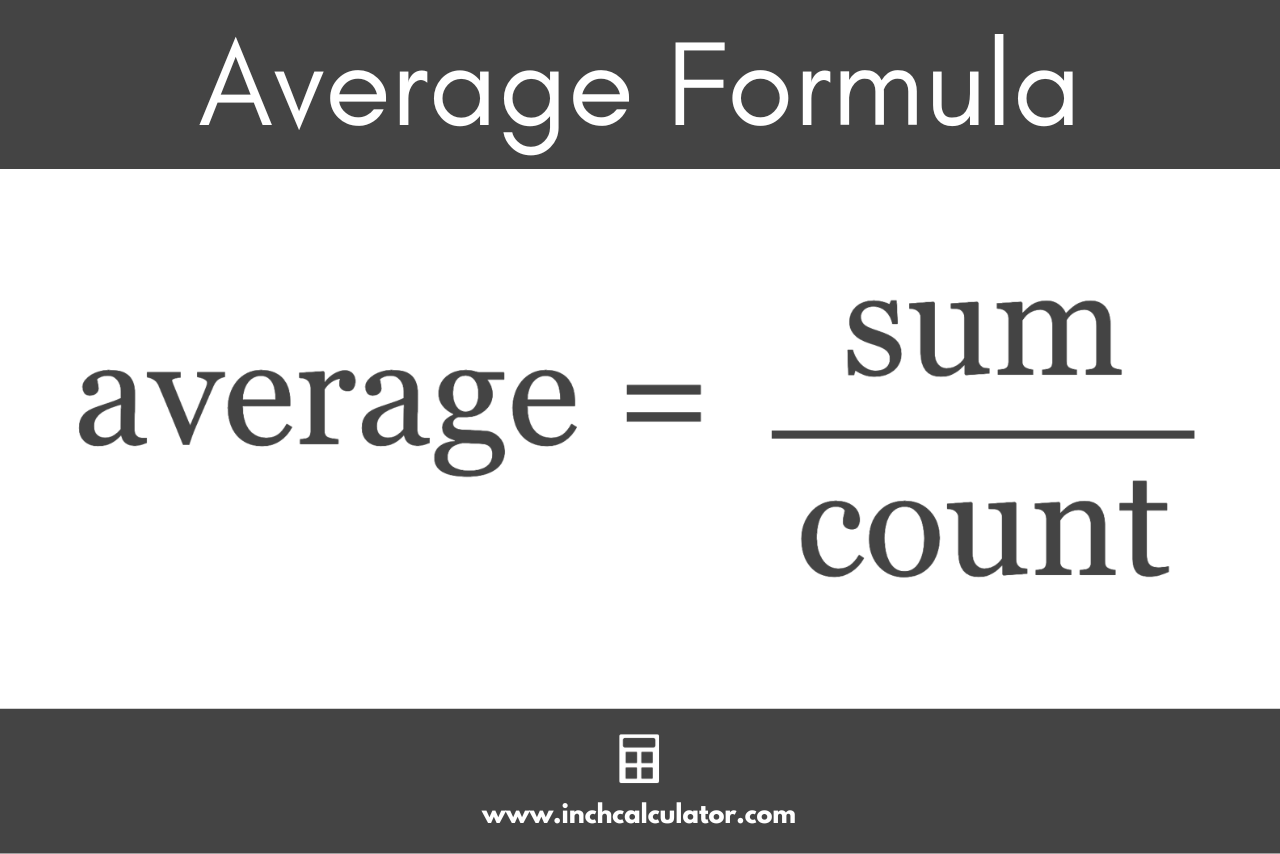 So, you can find the average using the formula above in three steps.

Step One: Find the Count

The first step to find the average is to count the number of values in the data.

The final step is to use the average formula above by dividing the sum of the numbers by the count. The resulting value is the average of the data.

While the average, or mean, is commonly used, it is just one measure of the center for a data set. Other commonly used measures of center are the median and mode.

You can also use our mean, median, mode calculator to find other measures of center for your data.

These other measurements are typically used since the average measurement can be easily skewed by outliers (extreme values) in the data.

But, the median and mode of your grades is an A since they are less skewed by one grade in the whole set, which is an extreme outlier.