Find the outliers in a data set by entering the numbers in the calculator below.

Step One: Find the Quartiles

The first step is to find the quartiles for the data set.

For this data set, the quartiles are:

The interquartile range is the difference between the first and third quartiles.

The next step is to set up a fence beyond the first and third quartiles using the interquartile range.

Any numbers in the data that are above or below the fences are outliers.

How to Find Outliers

In statistics, outliers are observations that lie an abnormal distance from other values in a set of data. These data points are considered unusual and are often problematic in statistical analyses because they tend to distort the results.

There are a few methods that you can use to find outliers in the data.

The first method is to visually identify outliers. Looking at the scatter plot graph below, it’s easy to spot the outliers shown in red. 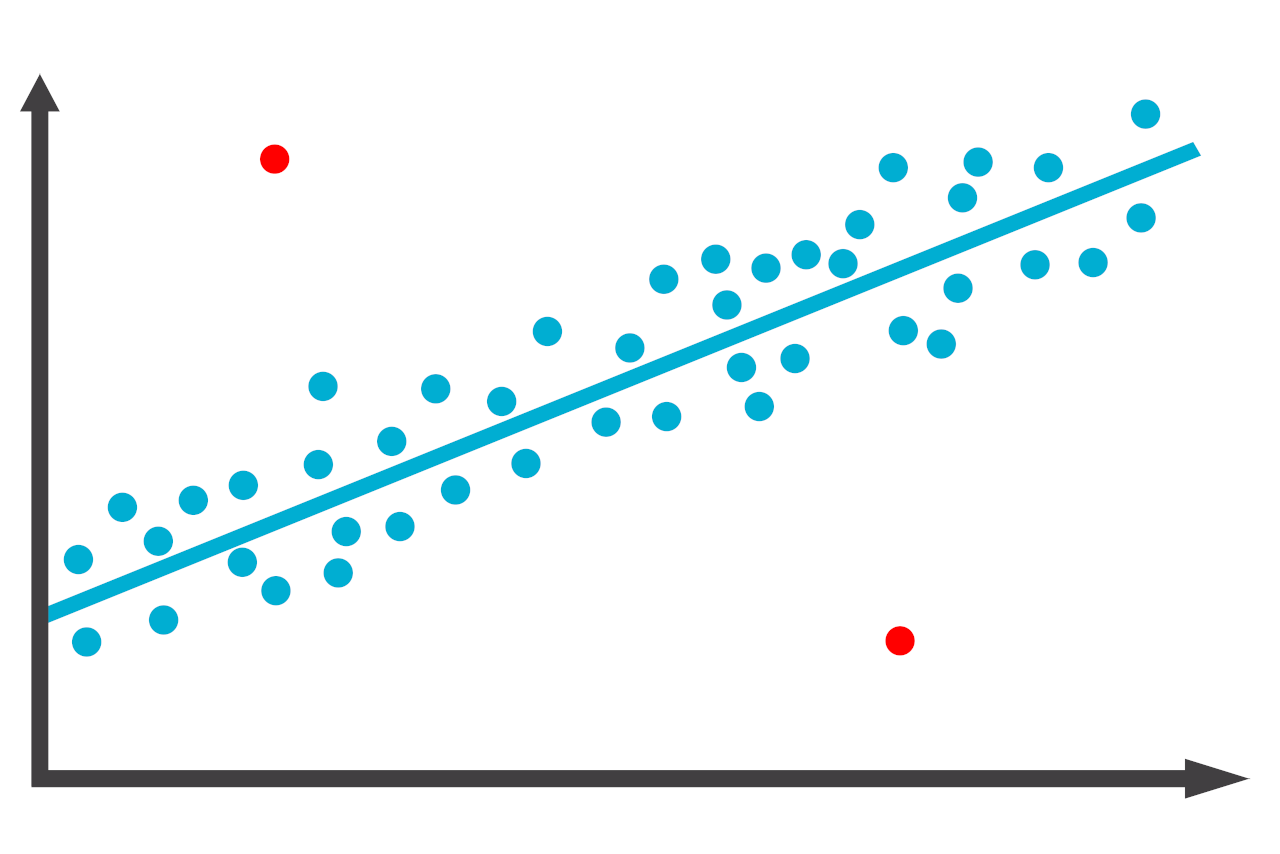 Looking at the graph, two values look unusually compared to the other data, which follow the line closely and are outliers in the data.

The third quartile (upper quartile) is the median value of the second half of the data.

Then, using the quartiles and interquartile range, set fences beyond the quartiles. Any values outside of these fences are considered outliers.

You can find the fences using the following formula:[1]

Any values in the data that are smaller than the lower fence or larger than the upper fence are outliers.

The third method to find outliers in the data is to use z-scores. To use this method, calculate z-scores for each observation.

Values with a z-score above 3.0 or below -3.0 are considered outliers using this method.[2]

This is similar to the Grubbs’ Test below.

To find the Grubbs’ test statistic, which is the largest deviation from the sample mean, use the following formulas:[3]