A ruler is a measuring instrument consisting of a thin strip of wood, metal, or plastic that has a straight edge and length measurement markings along the edge. Rulers are sometimes referred to as a rule or line gauge.

Rulers used for precision measurements may be certified by the National Institute Of Standards and Technology,[1] which is a measurement standards laboratory agency of the US government.

Rulers are used for measuring a line, and the straight edge allows them to be used for drawing, scoring, or cutting. They are often used in technical drawing, math & geometry, engineering, carpentry, and print fields.

Rulers are relatively short measuring instruments most commonly 12”, and are most useful for measuring the length of small objects. Learn more about how to read and use a ruler.

There are several different types and styles of rulers. Most rulers are made of wood, metal, or plastic and include imperial, metric, and sometimes both imperial and metric measurements. Rulers also come in a variety of lengths, but the most common length is 12″.

The desk ruler is very common and is most often the instrument associated with the term ruler. They have traditionally been made out of wood, though plastic varieties are pretty common. Desk rulers are usually 12″ / 30 cm in length.

Desk rulers are often used for general purpose tasks, including math & geometry and drawing. See our printable rulers to print your own.

A steel rule is a straight flat piece of metal, very similar to a ruler. They can be flexible or rigid, and are usually 6″ – 12″ in length. Steel rules are generally thinner than a desk ruler, which makes them more accurate since the measurement markings are closer to the surface being measured.[2]

Steel rules are used in engineering, math & geometry, and technical drawing for their accuracy. 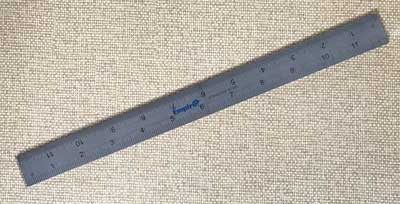 Yard sticks are straight thin pieces of wood or metal used to measure objects up to a yard. They are usually 36″ in length and may include imperial or metric measurements.

In regions that use the metric system they may be referred to as a meter stick. They are often used in construction, carpentry, and metalwork.

A folding rule, or carpenters rule, is a wooden instrument consisting of multiple flat wooden sections connected at the ends that pivot allowing the rule to be folded up.

They are usually used for construction and carpentry and are regarded as more accurate than a tape measure and easier to use for measuring inside edges. 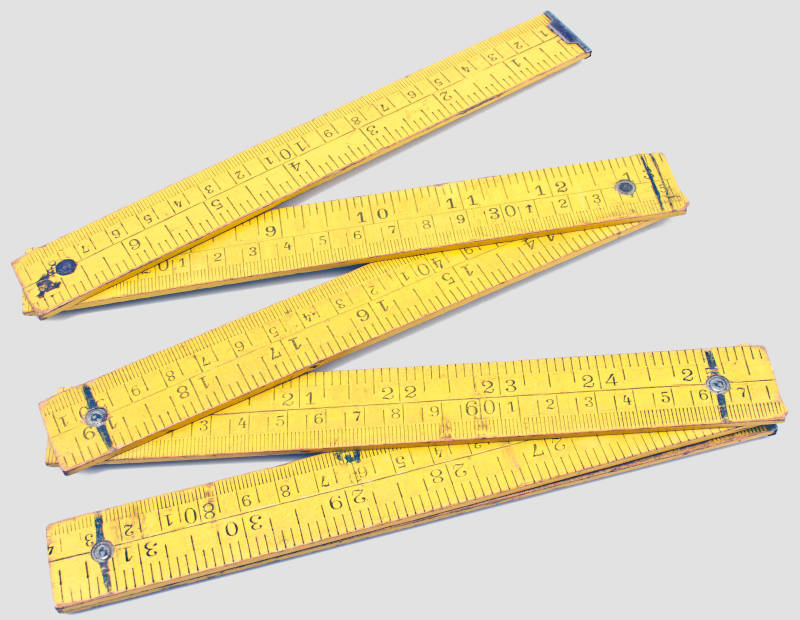 A seamstress tape, or sewing tape, is a flexible strip of nylon or plastic with measurement markings. They are often 60″ in length and used mostly by tailors or for sewing and craft projects. Use our printable sewing tape if you need one. 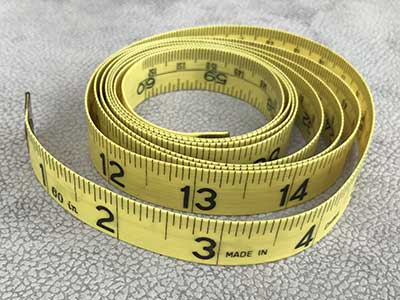 An architect’s scale is a type of ruler that has measurements in several different scales. They most often made of wood or plastic and are 3-sided with 6 different measurement scales.

Architect’s scales are used for engineering and architectural drawing such as drafting blueprints to scale and usually have multiple sets of graduations to allow for several scales. 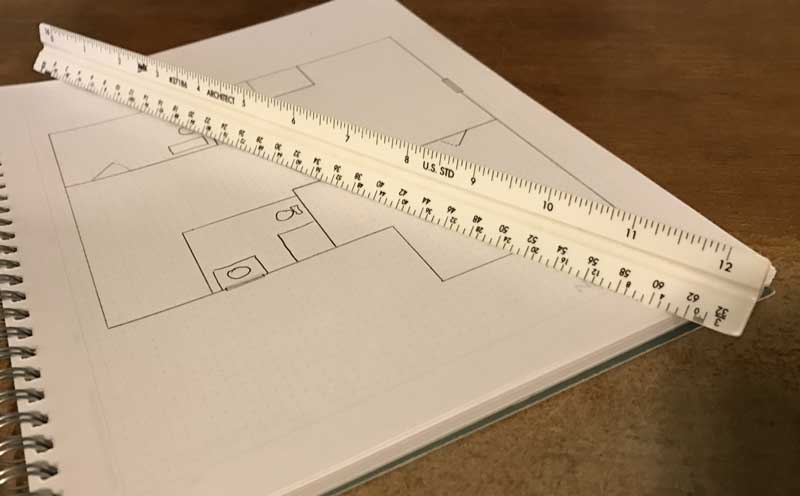 An engineer’s scale is similar to an architect scale in that it is graduated with multiple scales, but it is used for larger scale drawings, such as measuring roads, landscaping, and other topographical features.[3]

A tape measure is a metal or nylon rule with measurement markings that is coiled inside an enclosure. The most common tape measures are metal and 12′ to 35′ in length.

Learn more about how to use a tape measure. They are usually used for taking measurements during construction and other general purpose applications. See our review of the best tape measures available. 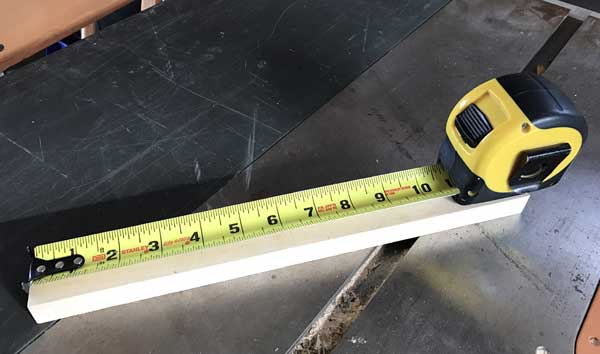 There are many styles of rulers, including many not mentioned here, but the general principle and application is the same. They range from very generalized to very specialized but the main requirement is that they have markings for measuring the length of an object or edge.