A tape measure, sometimes also called a measuring tape, is a roll of metal tape with evenly graduated markings used for measuring. The tape is often yellow and rolled in a plastic case.

Tape measures may have measurements in imperial and metric, imperial-only, or metric-only.

How to Read an Imperial Tape Measure

On an imperial tape measure, the markings represent lengths in inches and fractions of an inch. 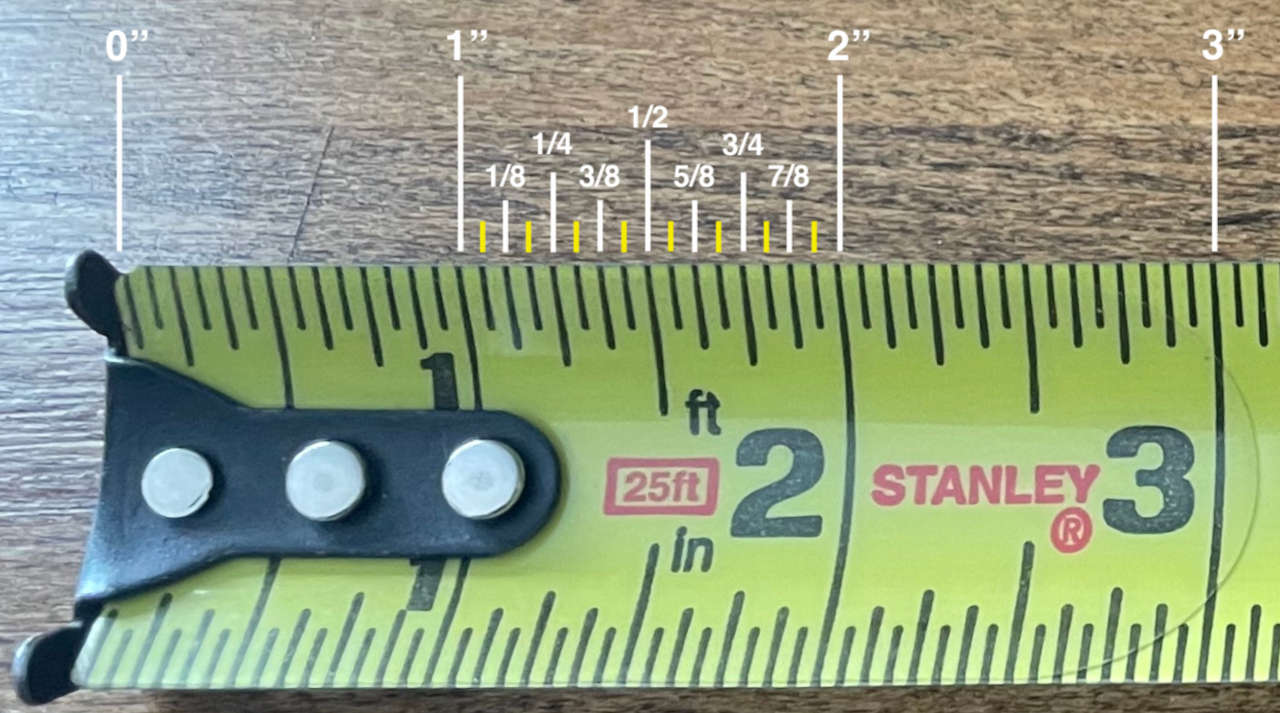 Reading a tape measure is just like reading a ruler.

What Do All the Markings Mean?

To read a measuring tape, you need to understand what all the markings mean. The large ticks are 1″ apart, and the small ticks are fractions of an inch. The numbers next to the large ticks indicate the distance from the end of the tape in inches.

The smallest ticks on a tape measure are sixteenth-inch markings. There is 1⁄16” between each marking on the tape measure.

Inch Fractions for Each Mark 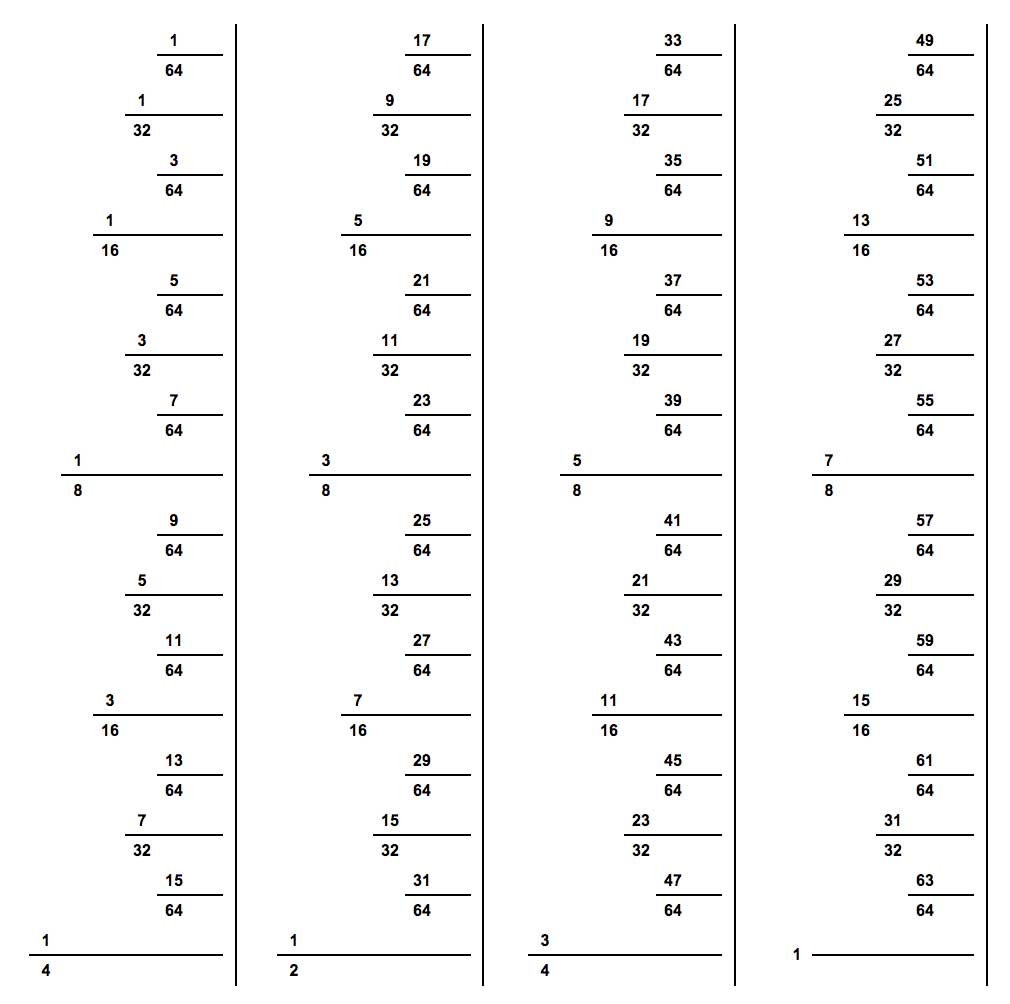 How to Read a Metric Tape Measure

How to Use a Tape Measure

Get the most out of your measuring tape with the following tips for using them.

How to Use the Tape Lock 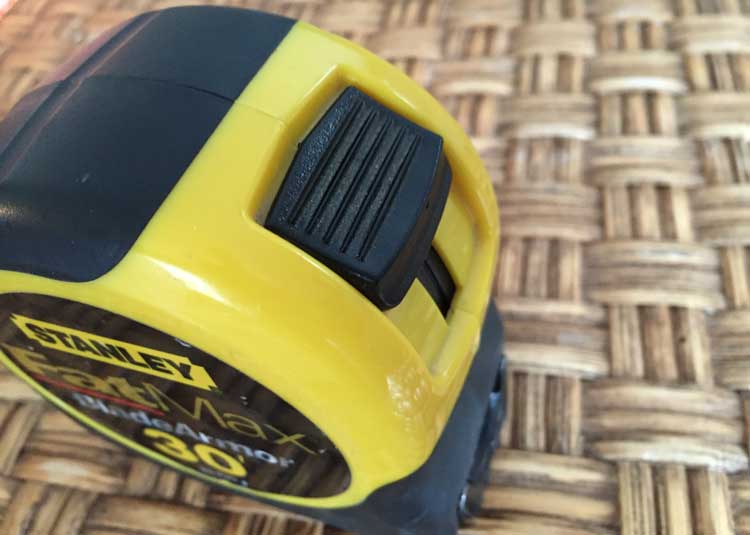 On this Stanley FatMax model, the slide lock is the large black button on the top. Sliding this down will lock the tape open to prevent recoil.

As an Amazon Associate we may earn commissions from qualifying purchases from Amazon. Learn more

How to Use the Sliding Hook

A signature feature of a tape measure is the hook on the end of the tape. This serves a dual purpose to prevent the tape from rolling into the case and allow hooking onto the end of items being measured.

You might notice that the end hook slides or moves just a bit. This is by design to account for the thickness of the hook, which allows the tape measure to be accurate when hooking onto a surface and also when butting the end up to a surface.

Be mindful of tape measures that do not have a sliding hook as they will not be as accurate. 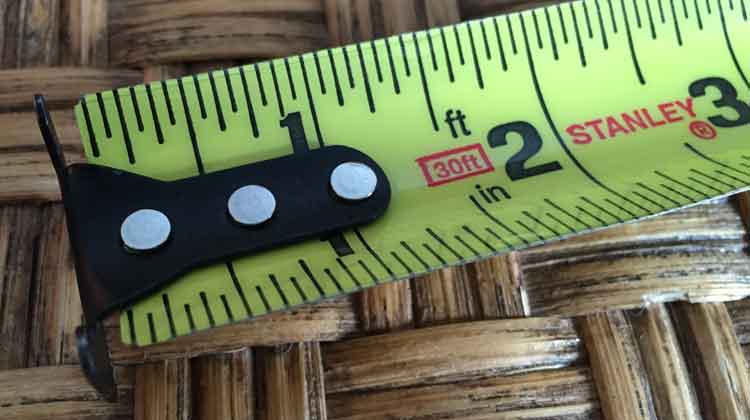 How to Use the Framing Stud Hints

Most tape measures have red markings at certain intervals: 16″, 32″, 48″, 64″, and so on. These numbers are significant in that they indicate the middle of a stud on for 16″ on center framing.

Some tape measures also feature a black diamond symbol intervals that are 19.2″ apart. These diamonds are also used to indicate framing intervals for a wider stud or joist spacing. 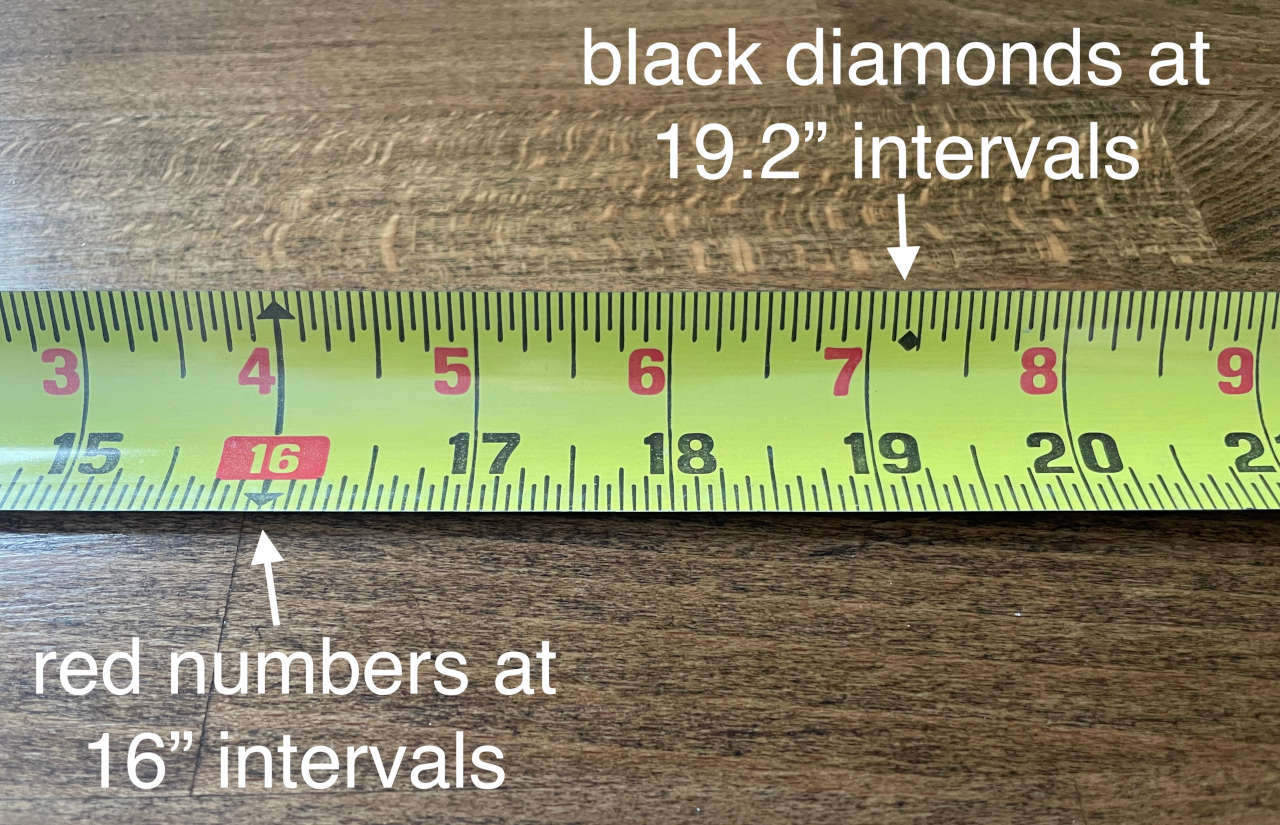 How to Use the Nail Grab

The hook on a tape measure often has a small hole or groove in it. This is actually used to allow hooking the hook on a nail or screw, so it doesn’t slide off when making long measurements.

This is especially useful for longer measurements, such as measuring across the length of a room or patio. 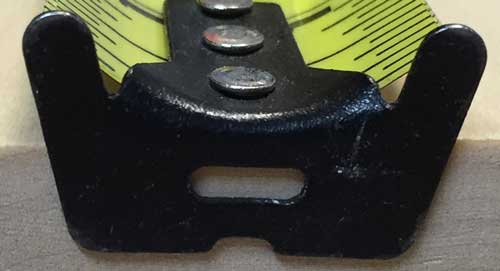 On the hook above, the oval cutout is used to hook onto a nail or screw.

Use the Sides of the Hook

Some tape measures, especially framing tapes, have large hooks that can be used to grip surfaces on the side of the hook. Using these can improve the hook’s gripping ability and improve the accuracy of measurements since the tape measure will not need to be twisted to read the markings. 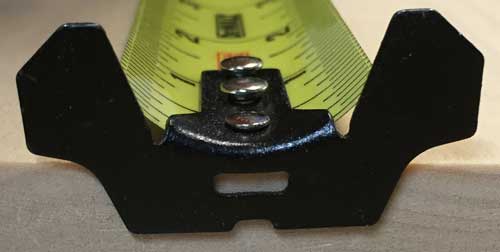 How to Choose the Right Tape Measure

There are many tape measures on the market, and many serve very different purposes. When choosing the one that’s right for you, consider what you’ll be using it for, how long you need it to be, and how much you’d prefer to spend.