How to Add Hexadecimal Numbers

Unlike the decimal system, the hexadecimal, or just hex, system is a base 16 number system and uses the digits 0 through 9 and a through f. 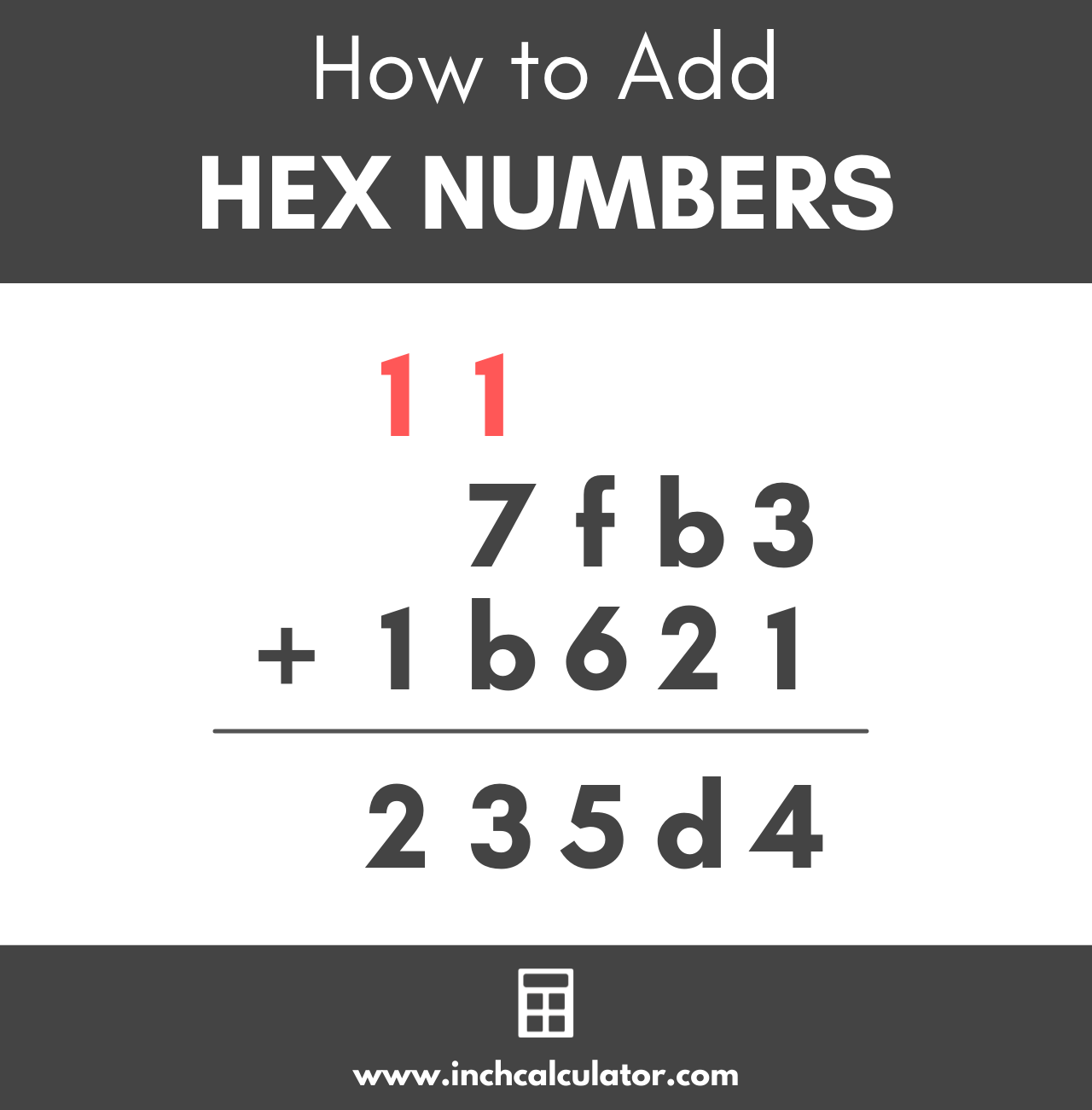 To add two hex numbers, write the second number below the first number, aligning the right digits, like this:

Starting at the right-most number, add the top and bottom values together. In this case, 3 + 1 is equal to 4.

Then, continue with the second number from the right; b + 2 is equal to d. The digit b in hex is equal to the decimal value of 11 and d is equal to 13. You can also increment the letter by 2 letters.

Moving on to the third number from the right; f + 6 is equal to 15. In our problem, carry the leading 1 to the top of the problem over the preceding column of digits and move the trailing 5 to the bottom.

The final step is to add the 1 that you just placed at the top with the 1 on the bottom number, which is equal to 2. Thus the answer is 235d4.

Use our conversion resources to learn more about hexadecimal calculations: