Enter the weight in pounds below to get the value converted to ounces.

Results in Ounces:
1 lb = 16 oz
Do you want to convert ounces to pounds?

How to Convert Pounds to Ounces

To convert a pound measurement to an ounce measurement, multiply the weight by the conversion ratio.

Since one pound is equal to 16 ounces, you can use this simple formula to convert:

The weight in ounces is equal to the pounds multiplied by 16.

How Many Ounces Are in a Pound?

There are 16 ounces in a pound, which is why we use this value in the formula above. 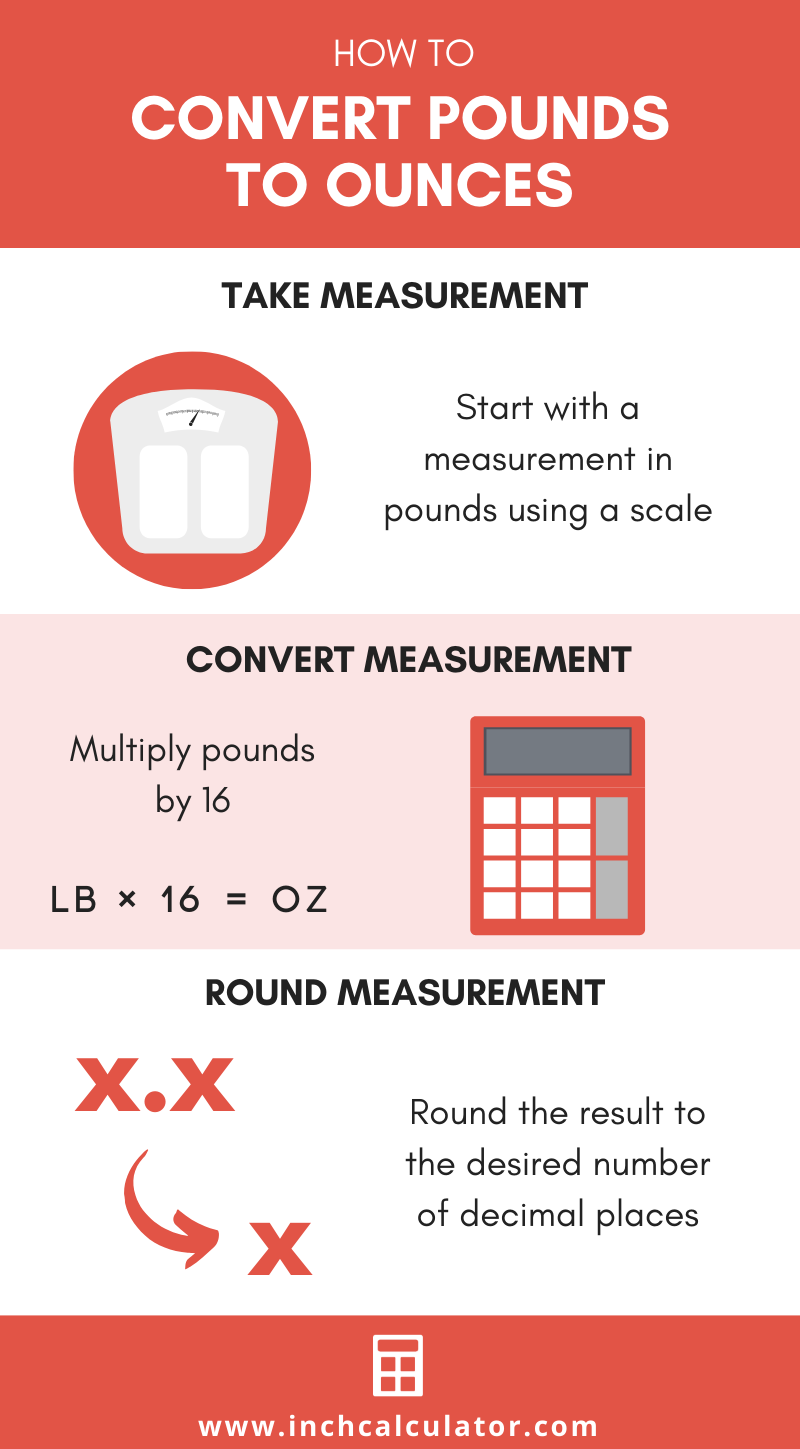 Pounds and ounces are both units used to measure weight. Keep reading to learn more about each unit of measure.

If you'd prefer to learn about this in a different way, consider watching our video that explains the lb to oz conversion step by step.

What is a Pound?

What is an Ounce?

One ounce is a unit of mass/weight equal to 1/16 of a pound. The common ounce should not be confused with the troy ounce, which is equal to 1/12 of a troy pound.[3]

The ounce is a US customary and imperial unit of weight. Ounces can be abbreviated as oz; for example, 1 ounce can be written as 1 oz.