Compare fractions, decimals, and percentages to find which is greater than, less than, or if they are equal.

Steps for Comparing Fractions and Numbers

Step One: convert all numbers to decimal

How to Compare Fractions

Comparing fractions might seem challenging; it seems a bit like comparing apples and oranges. Fortunately, there are a few methods for comparing one fraction to another.

Method One: Compare Fractions by Converting to Decimal First

The first way to compare fractions is to convert them to a decimal value. Divide the numerator of each fraction by the denominator, then compare the decimal values.

Another way to compare fractions is to rewrite all the fractions to equivalent fractions with the same denominator. To do this, find the greatest common denominator, then make the denominators of each fraction equal.

For example, let’s find the lowest common denominator of 6 and 9.

For example, convert 16 to a fraction with a denominator of 18.

You’ll want to repeat this step for each fraction until they all have the same denominator.

How to Compare Fractions to Decimals and Percentages

The steps to compare fractions to decimals and percent values are a little different.

First, convert each number to decimal form. Divide fraction numerators by the denominator and divide percentages by 100.

Second, compare the decimal values with each other to determine which is smaller or larger.

Finally, rewrite the comparison statement using the original numbers and add the correct operator as found in the previous step.

You might also find our ordering fractions calculator interesting. 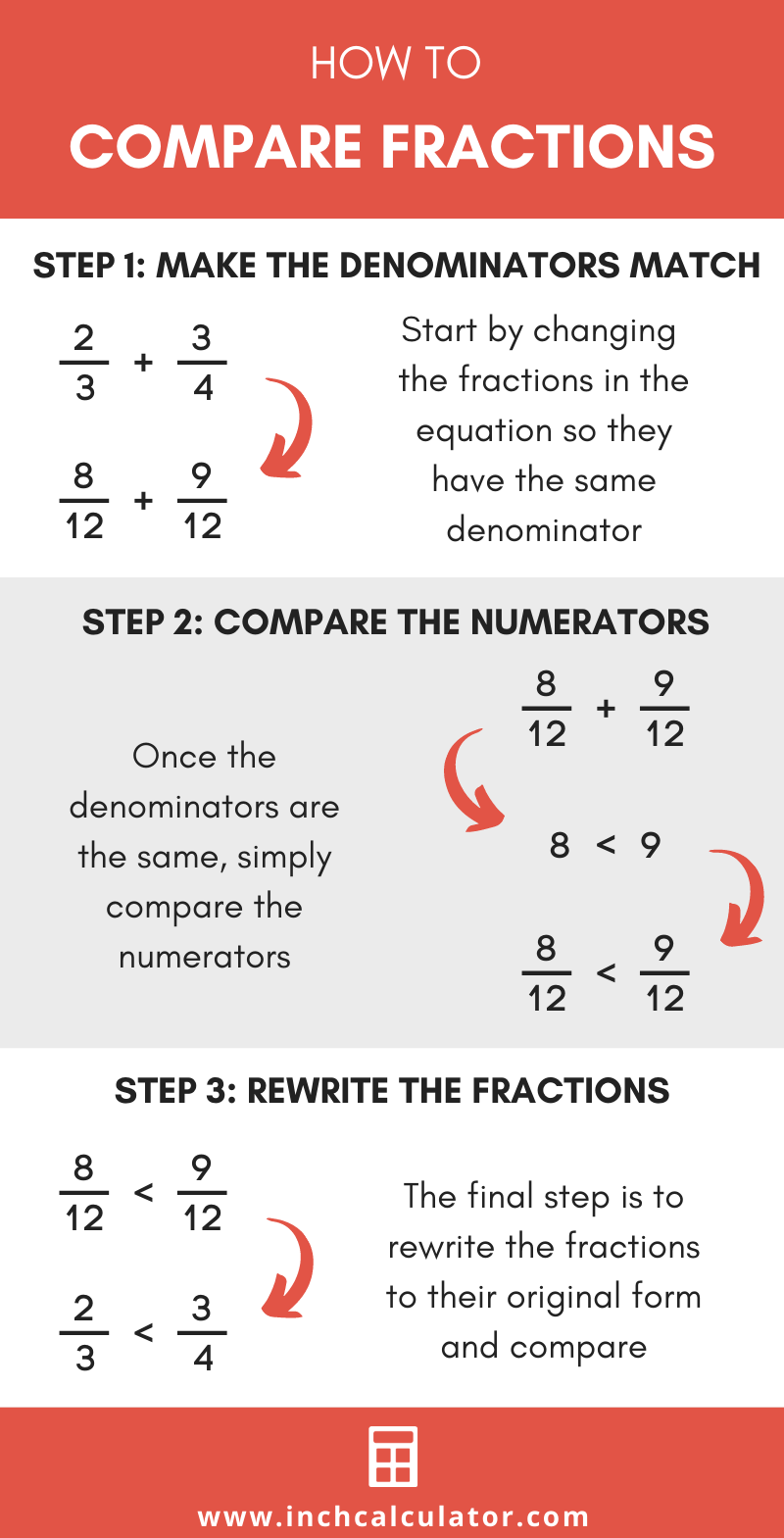