Steps to Convert Fraction to Decimal

Find the decimal by dividing the numerator by the denominator
5 / 2=5÷2=2.5
Learn how we calculated this below
Add this calculator to your site

Do you want to convert a decimal to a fraction?

How to Convert a Fraction to Decimal

A number can be expressed as a fraction, decimal, or percentage, and sometimes it’s necessary to convert between the different forms to represent a number differently.

There are several methods to convert a fraction to a decimal; we’ll cover each of them below.

Method 1: Convert a Fraction to Decimal Using a Calculator

Example: Find 1/8 as a Decimal

Let’s convert the fraction 1/8 to a decimal using the division method.

Long division offers another way to convert to decimal form. This is done by identifying the dividend and the divisor, then use those values in long division. 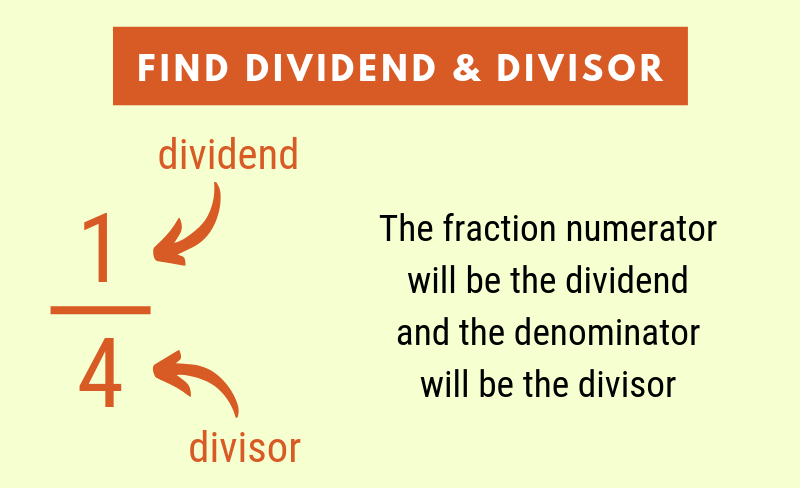 Next, represent the dividend and divisor in long division form. It will likely be necessary to add a decimal and zeros if the dividend is smaller than the divisor.

Finally, solve the long division problem to complete the conversion from fraction to decimal. 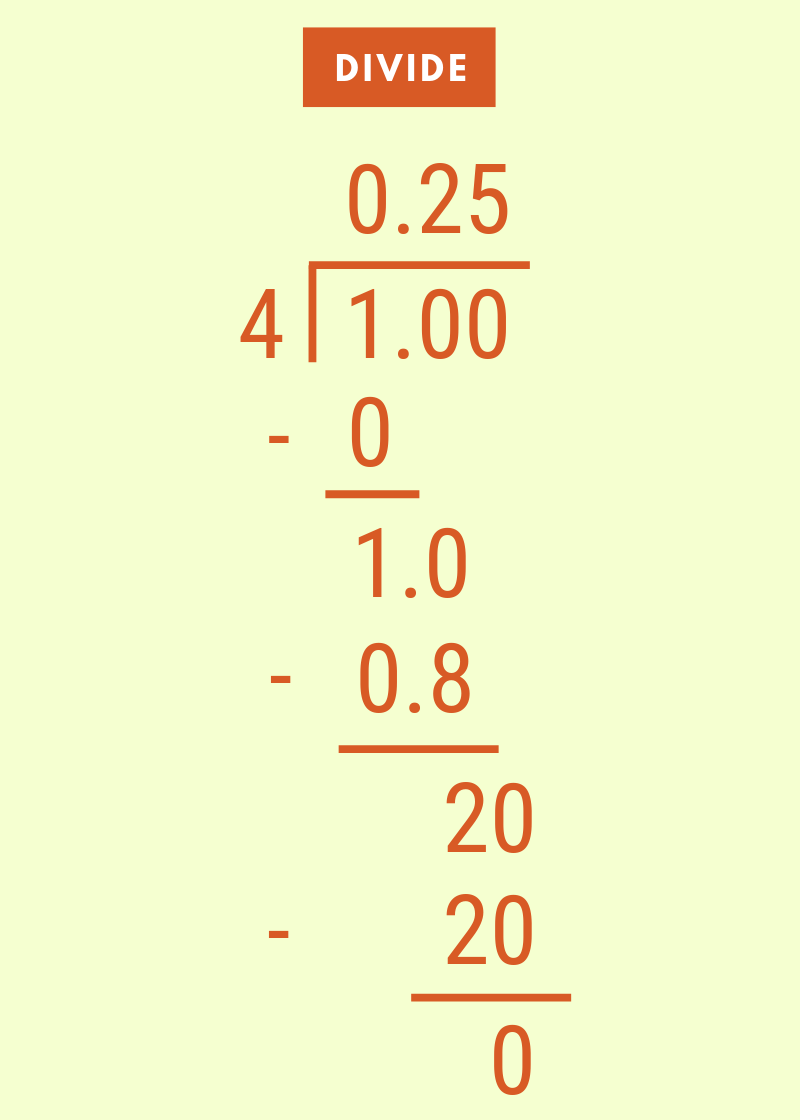 Here’s a tip: use a long division calculator to solve this problem and see each step.

Method 3: Convert a Fraction to Decimal by Simplifying

An alternate method to convert a fraction to a decimal number is to simplify it by putting the numerator over 1. This requires a few steps.

The final step is to move the decimal place on the new numerator to the left two places to change the fraction to its decimal value.

For example, we can convert the fraction 1/16 to a decimal value using this method.

Start by finding the multiple needed to multiply the denominator by to get 100.

That means that the multiple is 6.25.

Now, multiple the numerator by the multiple (6.25).

Finally, move the numerator’s decimal place to the left two places to get the decimal value.

Another way to convert fractions to decimals is to consult a conversion chart, such as the one below, which shows the decimal values of a few common fractions.