How to Calculate Equivalent Fractions

The first step to find equivalent fractions is to simplify the starting fraction to its reduced form.

The second step is to calculate fractions that are equal in value to the original. Multiply the numerator and denominator of the reduced fraction by a multiplier to find an equivalent fraction.

For example, let’s find some equivalent fractions for 2/6.

Multiply the top and bottom numbers of 1/3 by the multiplier 4.

Another easy way to find equivalent fractions is to use an equal fractions chart.

How to Find if Two Fractions are Equivalent

There are three ways to find if two fractions are equivalent to each other.

The second method is to convert each fraction to a decimal by dividing the top number of each by the bottom. If the decimal values are equal, then the fractions are equivalent.

The third method is to use a fraction comparing calculator to determine if the fractions are equivalent automatically.

Convert a decimal value to a fraction using the decimal to fraction calculator. The calculator shows all of the work so you can see the steps. 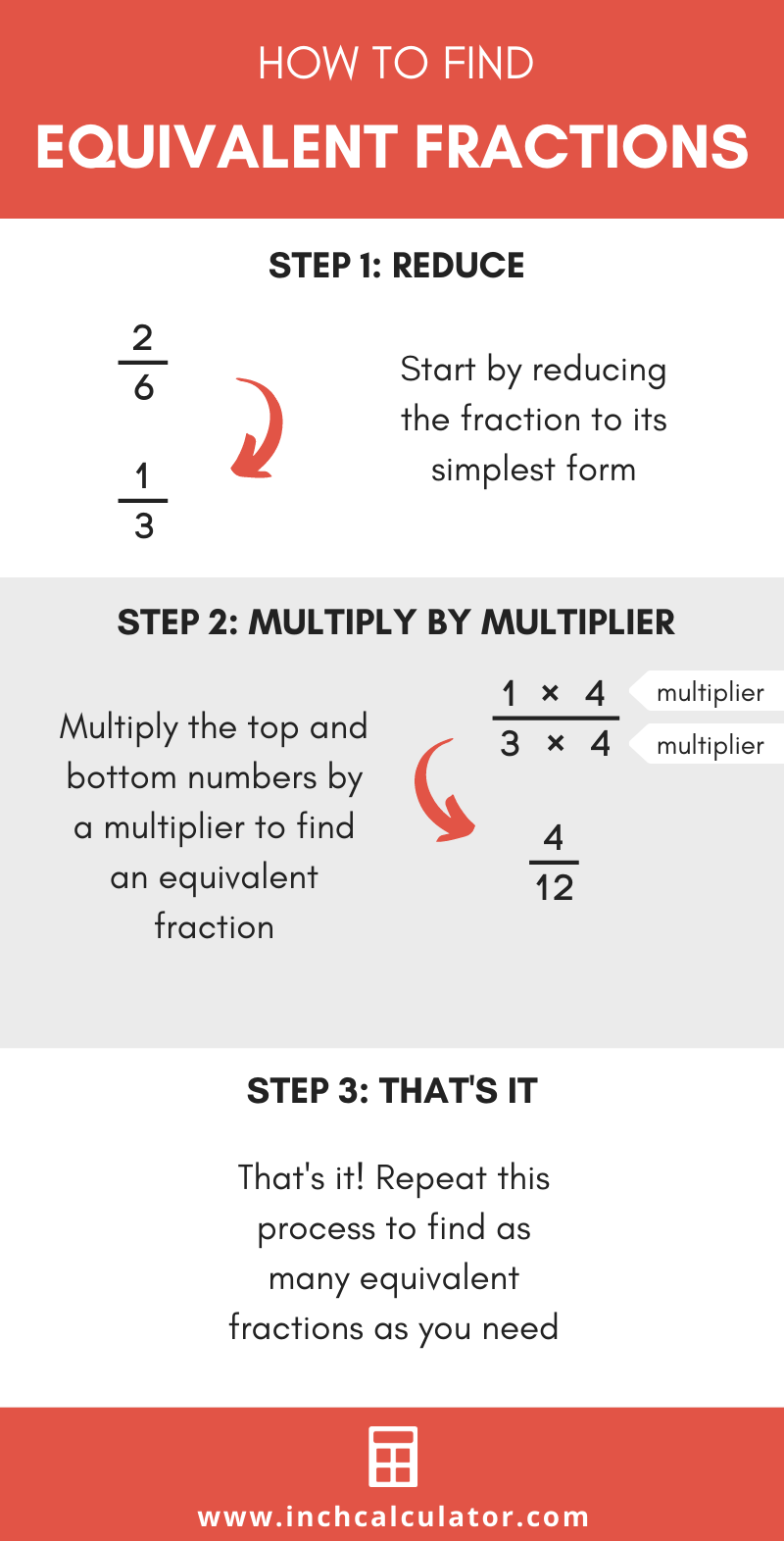