Enter amps, volts, and motor efficiency to calculate the horsepower.

How to Convert Amps to Horsepower

The conversion from amps, a measure of electric current, to horsepower, a measure of power output by a motor, can be done using a fairly simple formula.

Thus, the power P in horsepower is equal to the current I in amps times the voltage V in volts times the efficiency η times the power factor PF, divided by 746.[1] 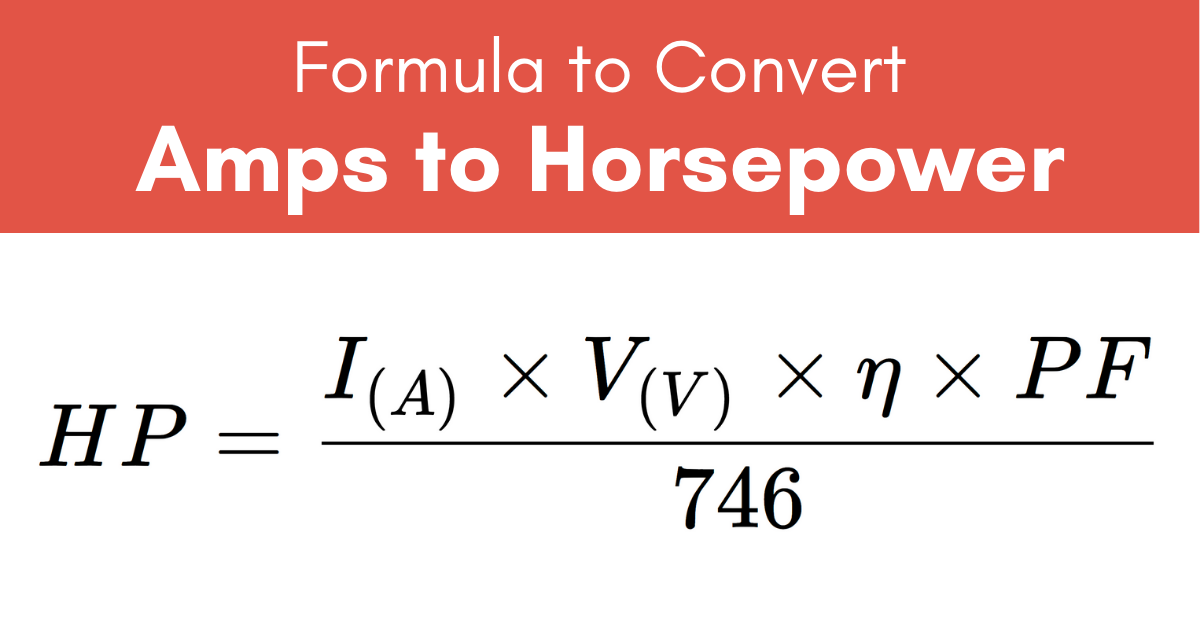 How did we get that? This formula can be derived in two steps.

Step One: Calculate the Power

Since horsepower is a measure of electric power, Watt’s Law can be used to convert. Watt’s Law gives us the formula to solve power given voltage, current, and AC power factor using this formula.

The formula states that the power P in watts is equal to the current I in amps times the voltage V in volts times the power factor PF.

One additional consideration that should be made when doing the conversion is the efficiency of the motor being used. Motors are often only 80% to 90% efficient, which means that they can only produce 80% to 90% of energy output for the amount of power in.

Because 1 horsepower is equal to 746 watts, the formula above will include a division by 746 to complete the conversion.

For example, let’s find the horsepower of a motor drawing 8 amps at 120 volts that is 90% efficient. Assume a PF of 1.

We also have a horsepower to amps calculator that you may find useful.