Find the power factor of a circuit by entering the voltage, current, and real power below. The calculator also solves the apparent power, reactive power, and estimates the size of capacitor needed to correct it.

How to Calculate Power Factor

Power factor is one driver of the efficiency of energy use in an electrical circuit, and is represented as a number between 0 and 1. There are a few different types of power used in a circuit, and power factor relates to the ratio between them.

True power is the actual power used to do work in a circuit. It is represented as P and often measured in watts (W) or kilowatts (kW).

Reactive power is the power that is moved through the transmission lines of a circuit without doing any real work. It occurs when the current and voltage are not in phase as the result of energy being stored and released by capacitive or inductive loads. It is represented as Q and measured in volt-amperes reactive (VAR) or kilovolt-amperes reactive (kVAR).

Apparent power is the combination of true power and reactive power. It is represented as S and measured in volt-amperes (VA) or kilovolt-amperes (kVA).

These three properties can be expressed graphically on what is known as the power triangle. 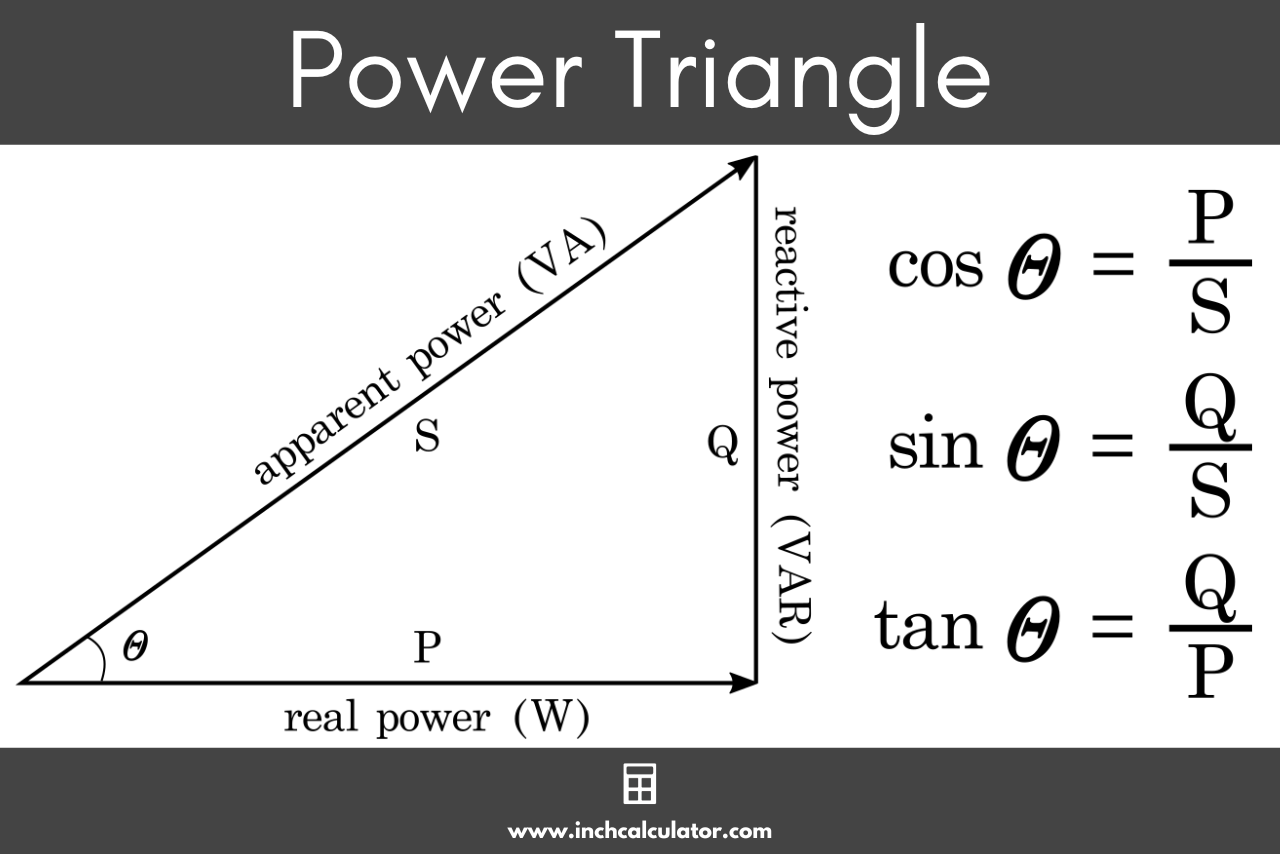 The following formulas can be used to solve for power factor:

The value of the power factor is dependent on the system AC frequency.

To calculate power factor for a single phase circuit we need to know the true power and the apparent power. Use the formulas below to solve for PF, apparent power, and reactive power.

Because current flow through a circuit is increased as the power factor of an inductive device decreases, this can result in wasted energy through transmission losses. Adding capacitance to the circuit in parallel, near the device can correct for this by compensating for the inductive load.

After correction, the load will then appear to the power source as a resistive load and all of the power being transmitted and generated is consumed to do real work.

To estimate the amount of capacitance needed to correct an inductive load, use the formula below along with the reactive power and system voltage.

The calculator also estimates the size of the capacitor needed to correct the power factor. It uses this formula and assumes a 60 Hz electrical system.