Convert volts to amps by entering the voltage and the electrical power in watts, or the resistance of the circuit.

Convert Volts and Watts to Amps

Convert Volts and Ohms to Amps

How to Convert Volts to Amps

Voltage is the electric potential difference in an electrical circuit, measured in volts. It might be easier to think of it as the amount of force or pressure pushing electrons through a conductor.

Electric current is a measure of the flow of electrons in a circuit, and is often measured in amperes.

Since these are different quantities or properties, to convert volts to amps, you need to use the Watt’s Law power formula or the Ohm’s Law formula.

The Watt’s Law power formula states that current = power ÷ voltage. Power is measured in watts and voltage is measured in volts. In AC circuits, use the RMS voltage as input and the output will be in RMS amps.

Thus, to find amps substitute the volts and watts in the formula:[1]

So, the current I in amps is equal to the power P in watts divided by the voltage V in volts. 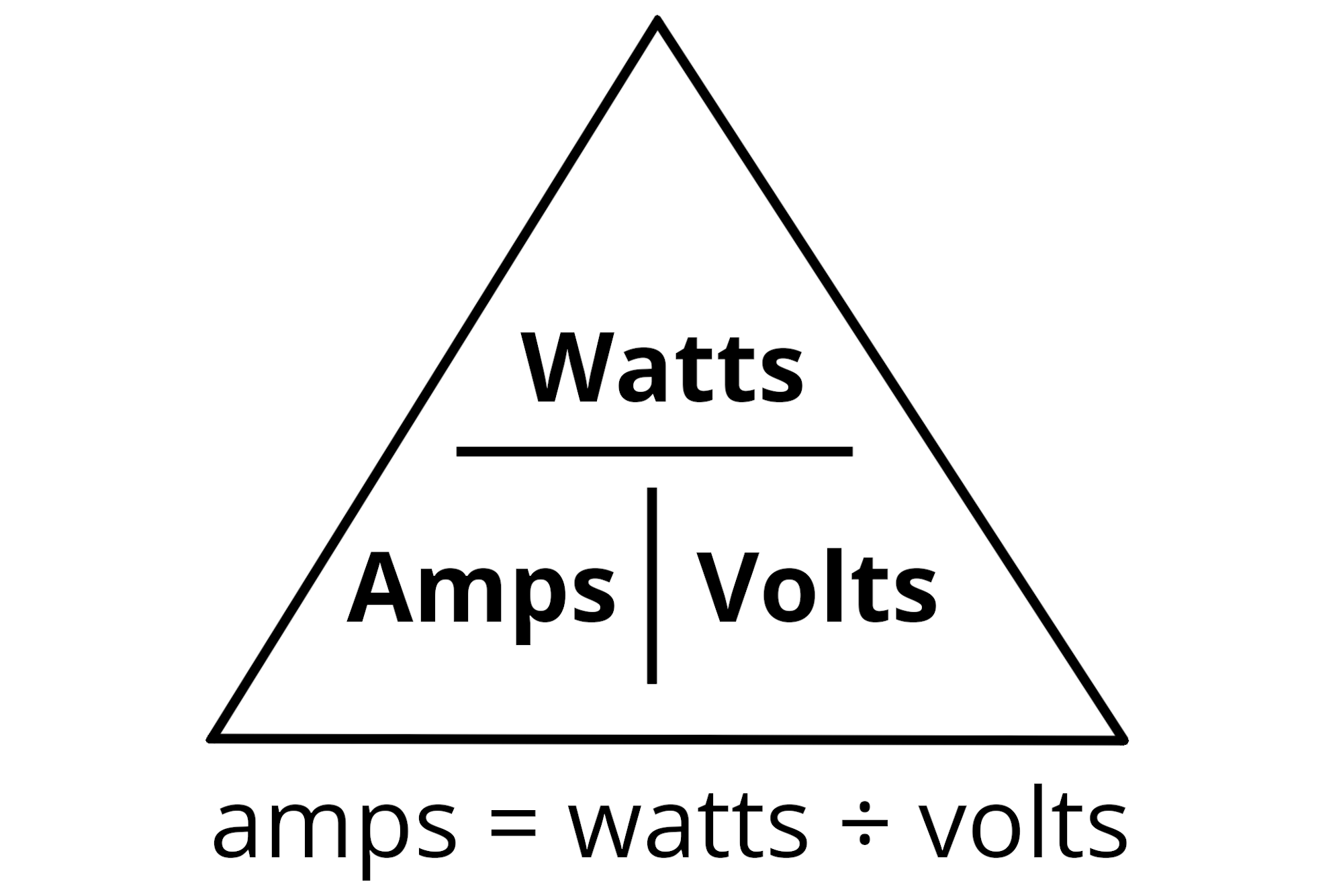 For example, let’s calculate the amperage of a 100-watt light bulb at 120 volts.

Ohm’s Law provides an alternate formula to find volts if amps and the electrical resistance are known. To calculate amps, divide the voltage by the resistance in ohms.[2]

The Ohm’s Law formula states that the current I in amps is equal to the voltage V in volts divided by the resistance R in ohms.

For example, let’s find the current of a 12-volt circuit with 10 ohms of resistance.

A 12-volt circuit with a resistance of 10 ohms will draw 1.2 amps of current.

The table below shows volts converted to amps at various power ratings and RMS voltages.

You might also find out amps to volts converter useful. 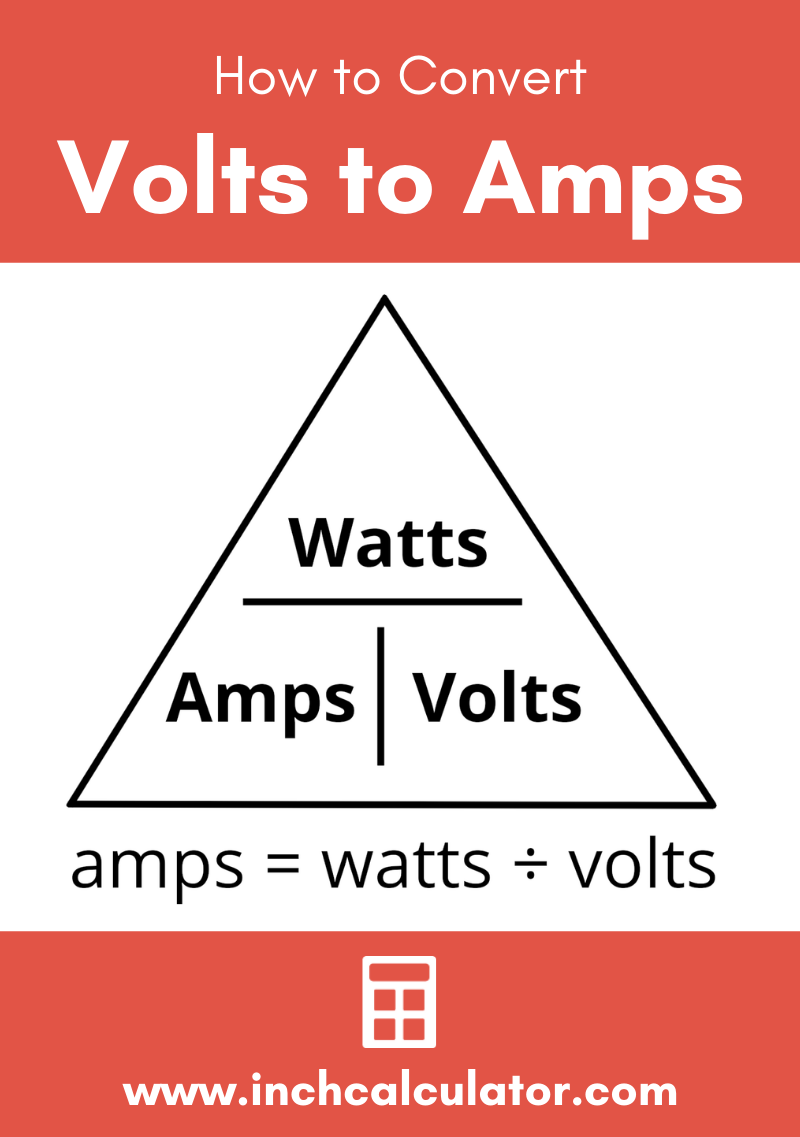