Calculate the height of a triangle by entering the base and area dimensions below. 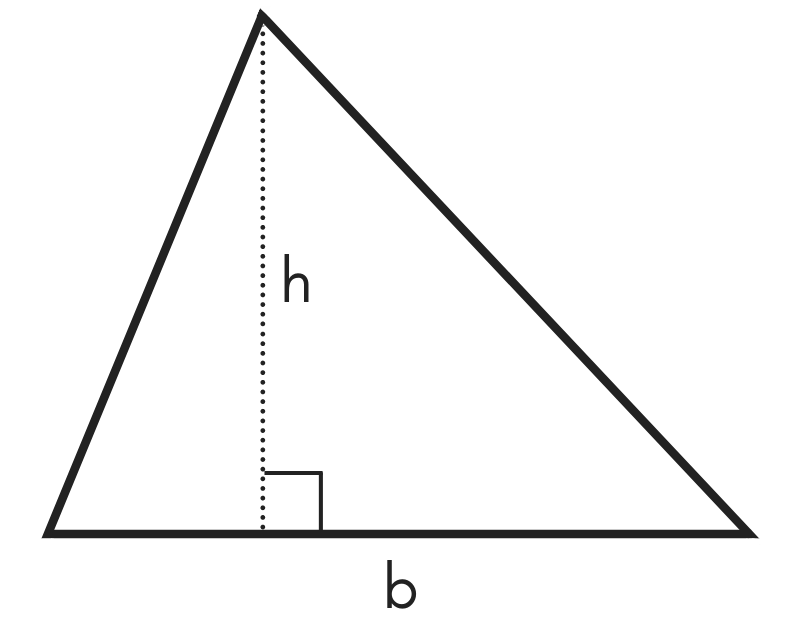 How to Calculate the Height of a Triangle

Triangle height, also referred to as its altitude, can be solved using a simple formula using the length of the base and the area.

Thus, the height or altitude of a triangle h is equal to 2 times the area T divided by the length of base b.

How to Solve Triangle Height Without the Area

Given the length of the triangle’s three sides it is possible to calculate the height by first solving for the area. The area of a triangle can be found using Heron’s formula.

The first step is to find the perimeter of the triangle p, which can be found by adding all three sides.

Finally, use the semiperimeter s and the length of three sides a, b, and c with Heron’s formula to solve the area of a triangle.

Then, to solve for height, use the area and the base with the formula above.

How to Solve the Height of a Right Triangle

For a right triangle there is a simple formula to solve the height, which is derived from the Pythagorean theorem.

The altitude h of a right triangle is equal to a times b, divided by c. 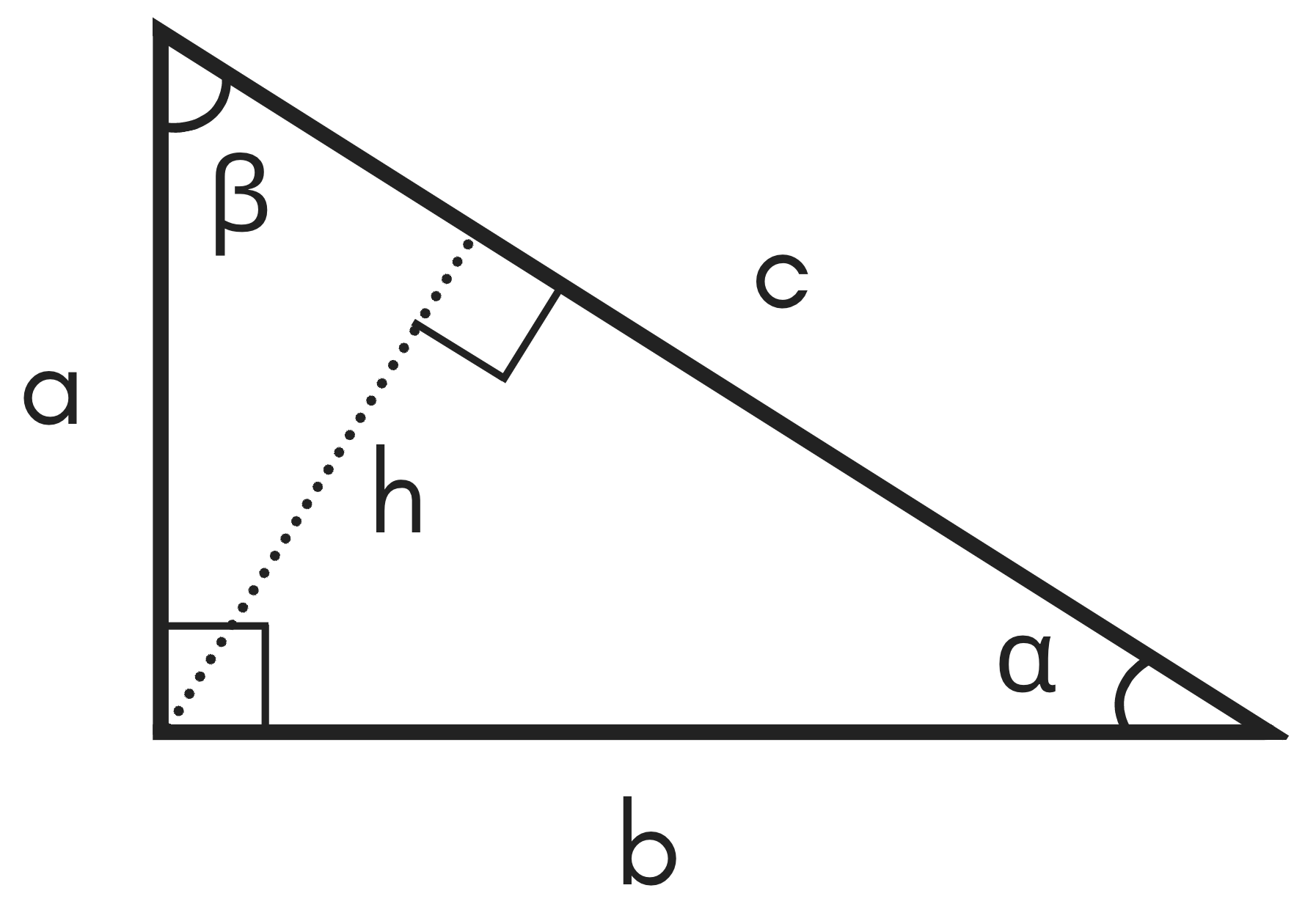 How to Solve the Height of an Isosceles Triangle

The altitude ha of base a is equal to the square root of a squared minus 0.5 times b, squared, times b, divided by a.

The altitude hb of base b is equal to the square root of a squared minus 0.5 times b, squared. 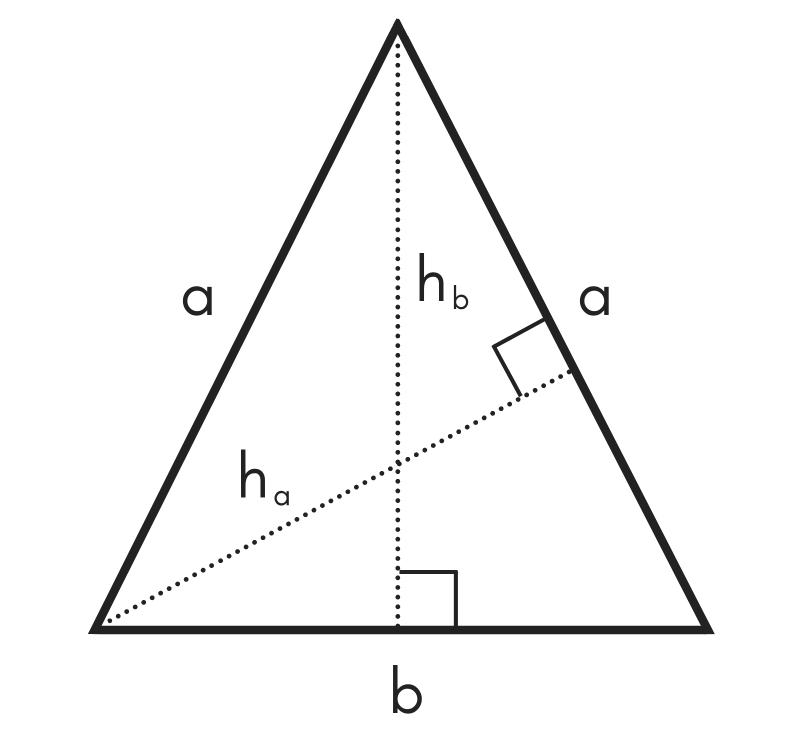 How to Solve the Height of an Equilateral Triangle

The altitude h is equal to a times the square root of 3, divided by 2. 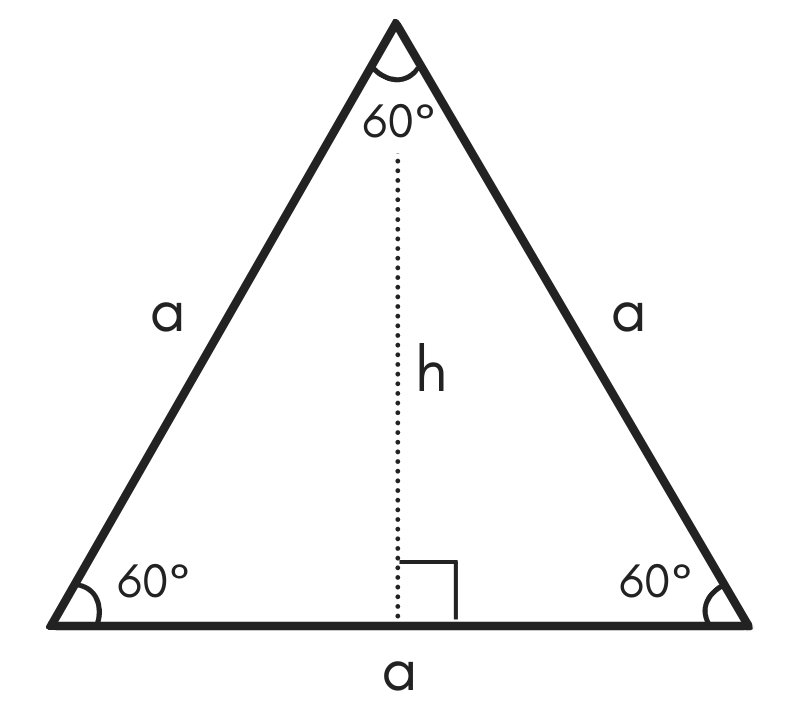