Enter the coefficients that form a quadratic equation to solve for x using the quadratic formula.

How to Use the Quadratic Formula 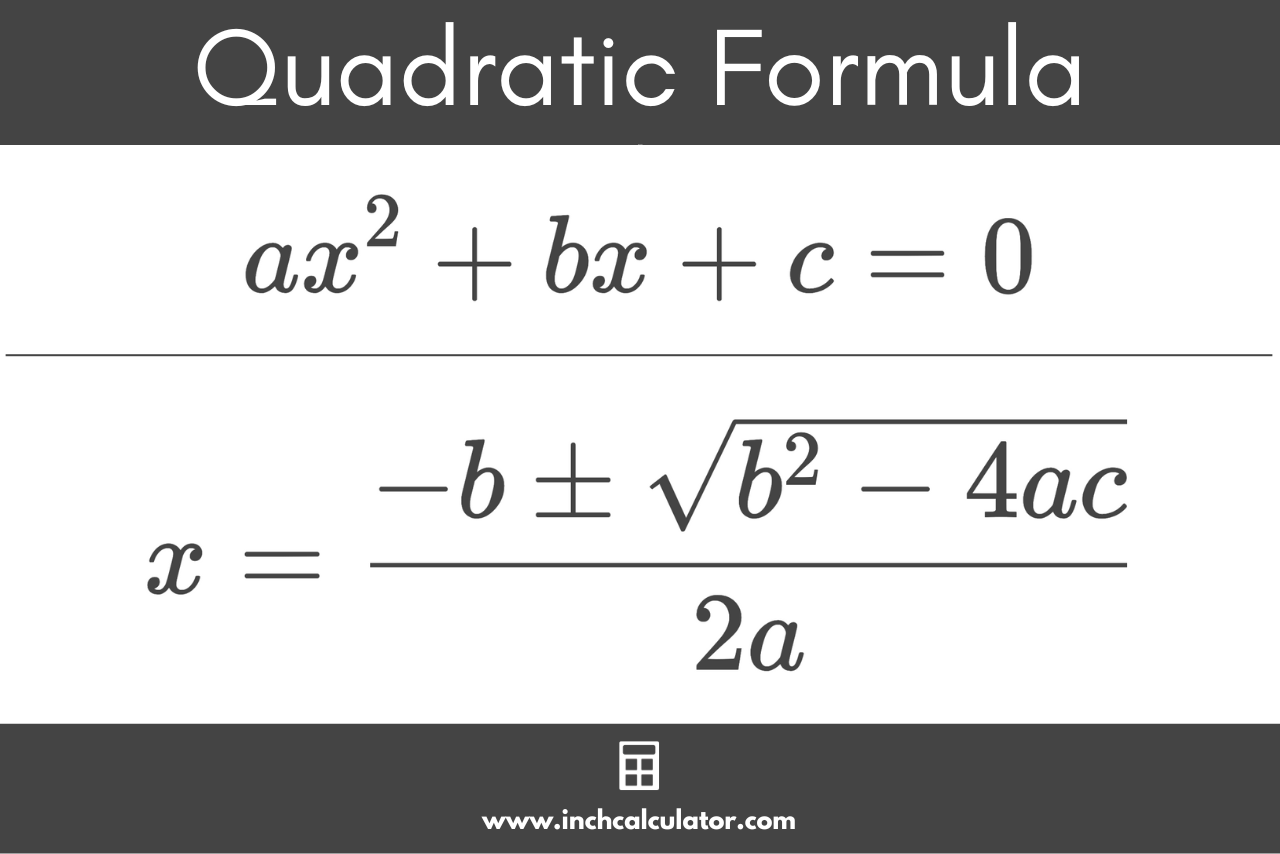 Thus, the value of x is equal to -b plus or minus the square root of b squared minus 4 times a times c over 2 times a, where a is not equal to 0.

To use the quadratic formula, replace a, b, and c with the coefficients from the ax² + bx + c = 0 equation, then solve.

The value of a cannot be equal to zero as that would mean the formula is missing the x², which would mean it’s not a quadratic.

Start by substituting the coefficients into the formula:

Next, simplify the fraction:

Thus, there are two solutions for x:

How to Graph a Quadratic Equation

When graphed, the quadratic formula forms a parabola, or a curve in the shape of a U.

The resulting x values are the x-intercepts where the parabola crosses the x-axis. 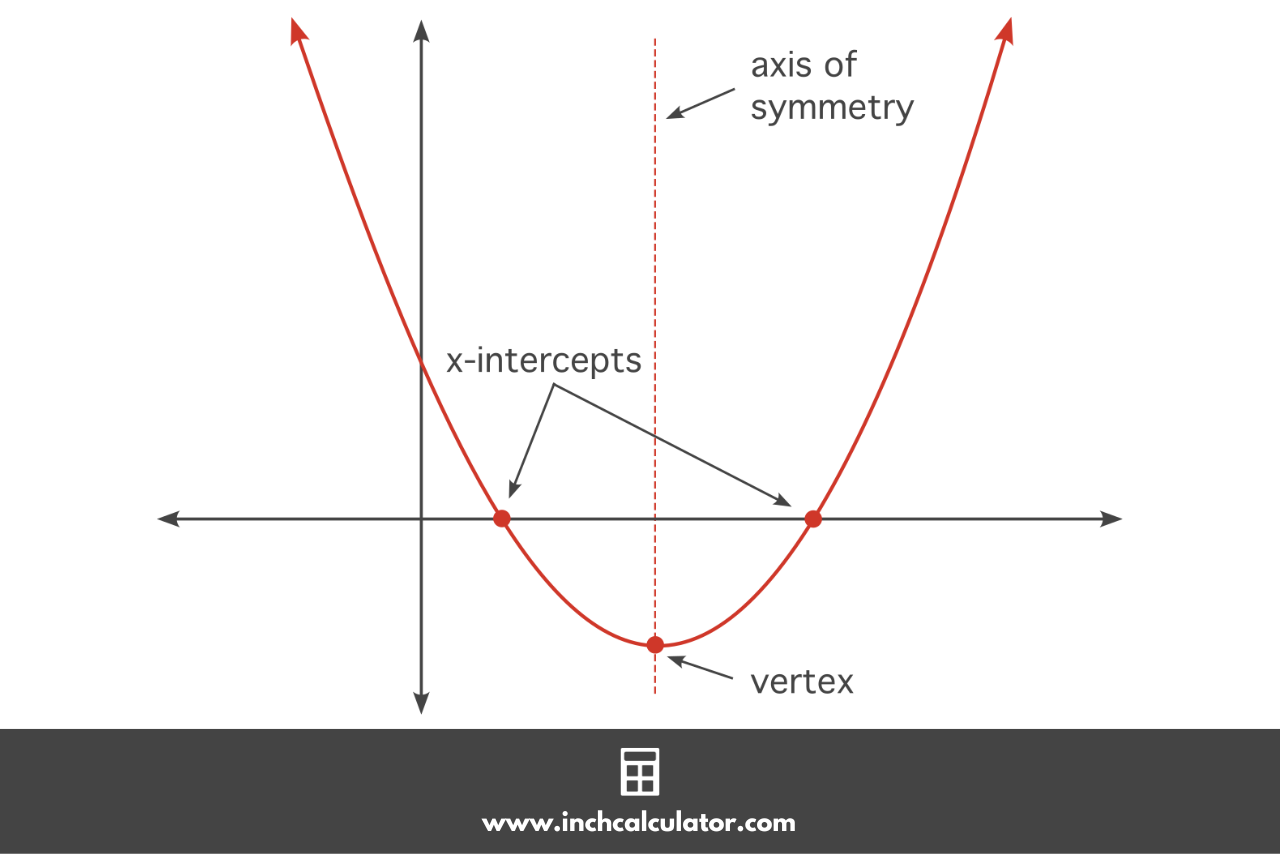 How to Find the Vertex

A quadratic equation expressed in vertex form is:

The values of h and k in vertex form define the vertex point (h, k).

You might be interested in using our vertex form calculator to convert from standard form to vertex form.

How to Find the Axis of Symmetry

The quadratic equation also defines an axis of symmetry, which is a vertical line at the center passing through the vertex of the parabola. The formula to calculate the axis of symmetry is:

Thus, the x coordinate of the axis of symmetry is equal to negative b divided by 2 times a.