Enter the improper fraction in the fields below to convert it to a mixed number. The calculator shows all the work so you can follow along and learn the steps.

Steps to Convert to a Mixed Number

How to Convert an Improper Fraction to a Mixed Number

An improper fraction is a fraction that has no whole number and has a numerator that is larger than the denominator. These fractions can be simplified to mixed numbers in a few simple steps. 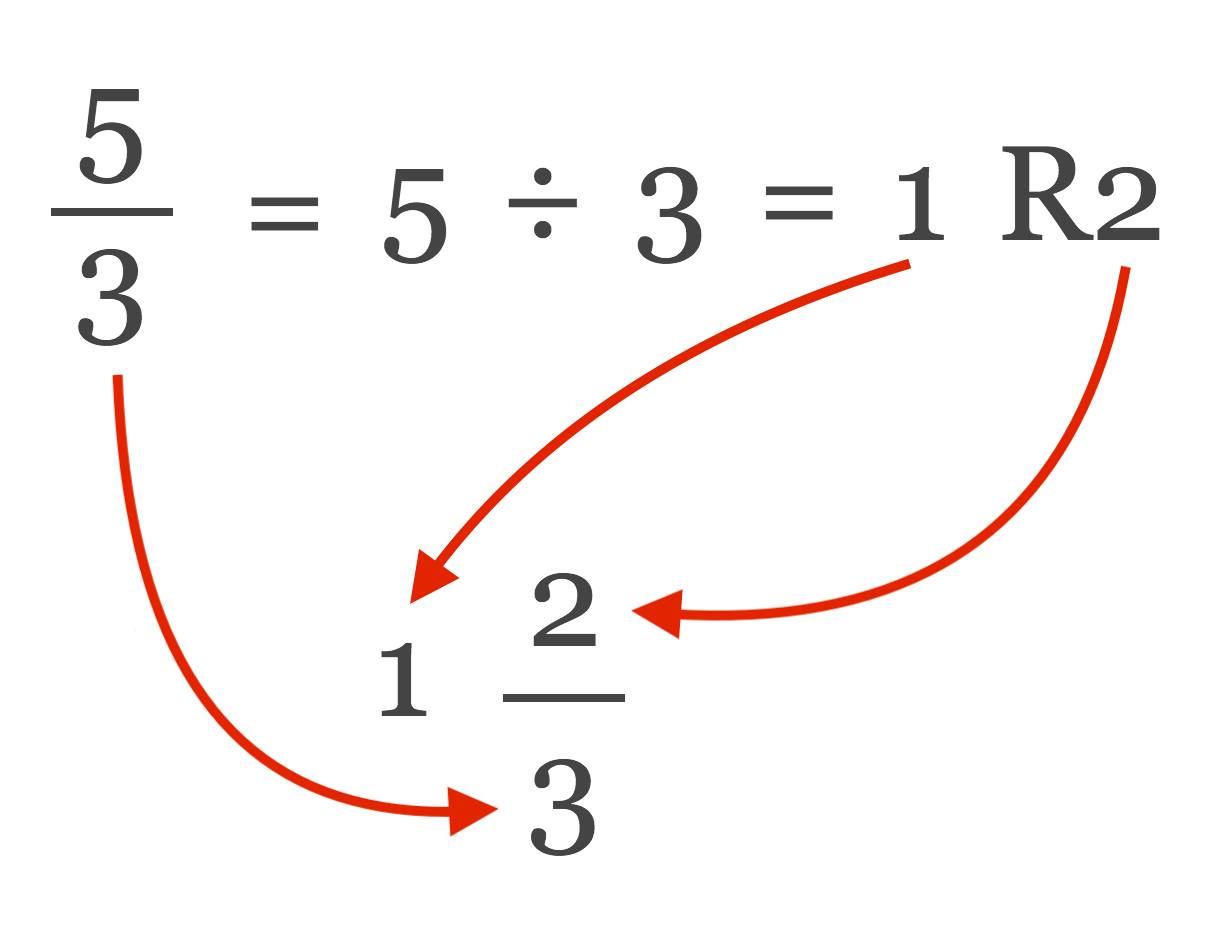 Step One: Use Long Division

For example, let’s solve the quotient and remainder of 73.

Thus, the quotient is 2 and the remainder is 1.

Step Two: Rewrite the Quotient and Remainder to the Mixed Number

For example, let’s use the quotient and remainder from the previous step to rewrite 73 as a mixed number.

Using these values, the rewritten mixed number is:
2 13

That’s it, you’ve rewritten an improper fraction as a mixed number in two simple steps!

Convert a decimal value to a fraction using the decimal to fraction calculator. The calculator shows all of the work so you can see the steps.

Convert a percentage to a fraction and see all the steps to find the solution using a simple calculator. Plus, learn two easy methods to do the conversion.