Are you in a pinch and need to quickly measure something but don’t have a ruler or tape measure available? Follow along to learn how to make your own 6″ ruler using just a dollar bill.

A dollar bill measures exactly 6.14″ x 2.61″, which means if you fold the dollar bill into six sections, you will have pretty close to 1-inch sections. Start by getting a crisp (or not) $1 bill.

Fold the Bill into Thirds

The first step is to fold the dollar bill into thirds. Make the first fold by lining up the dollar bill’s left edge to be precisely between the N and O in “note” as shown. 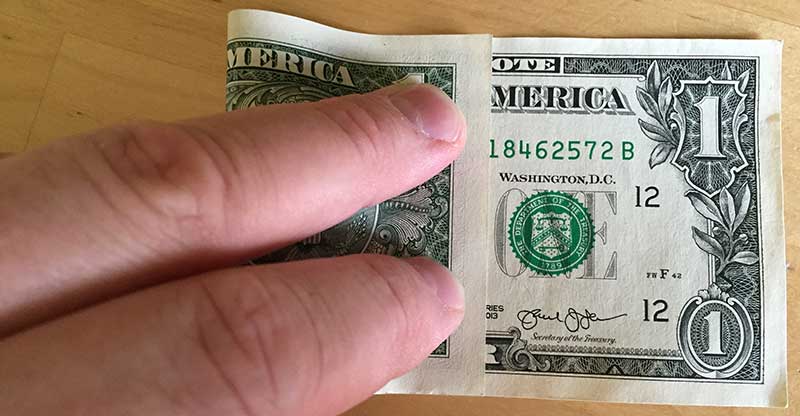 Make sure the fold is even, then crease the fold.

Next, fold the right edge of the bill into the first crease. 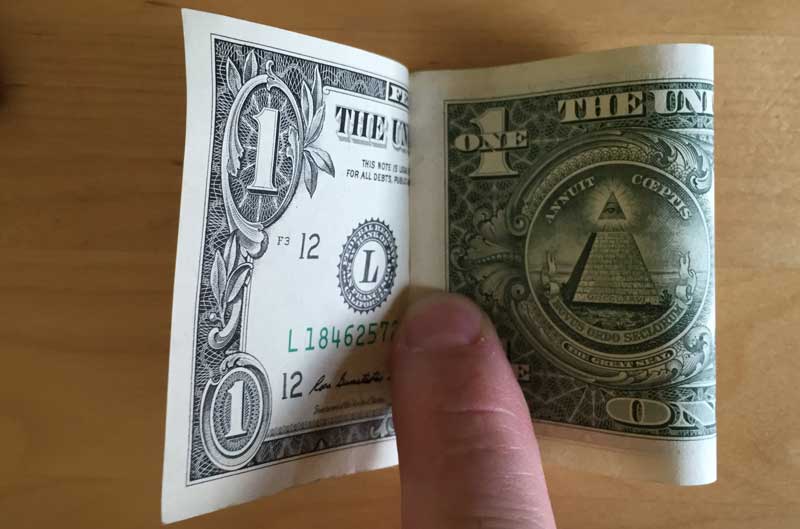 Then make sure the fold is even and crease the fold. 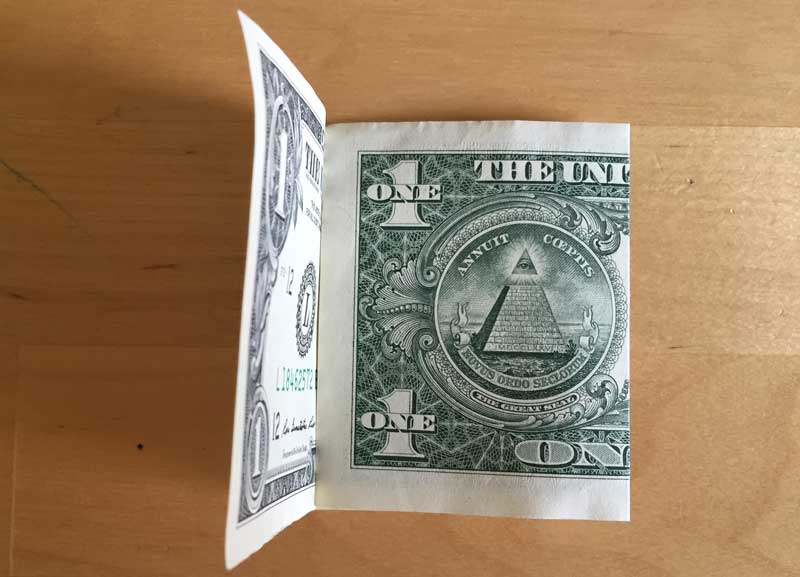 The first set of folds are complete – success! 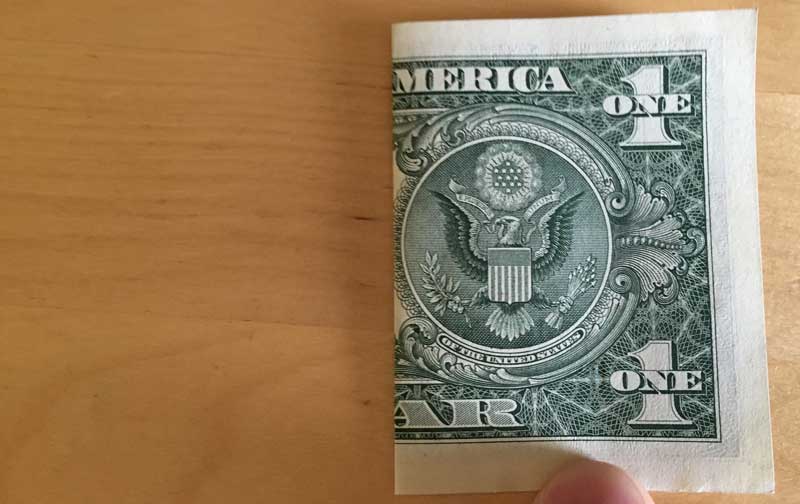 Fold the Bill into 1″ Sections

Once the bill is folded into thirds, it’s time to fold it further into 1″ sections. Start by folding the right edge into the right-most crease. 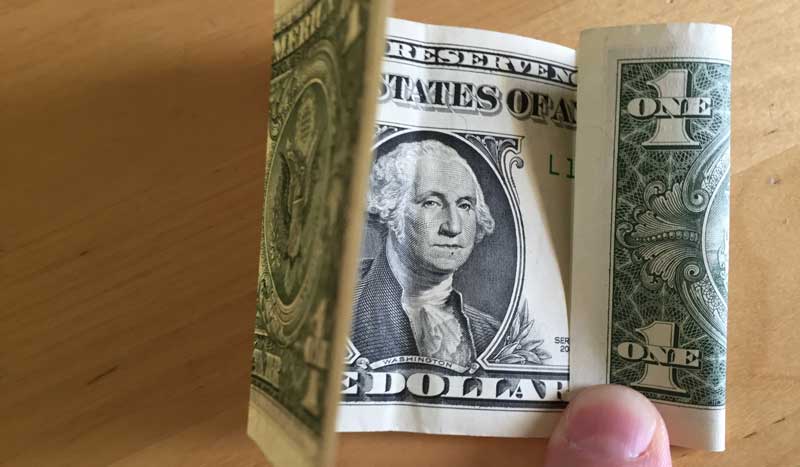 Just as before, make sure the fold is even and then crease the fold. 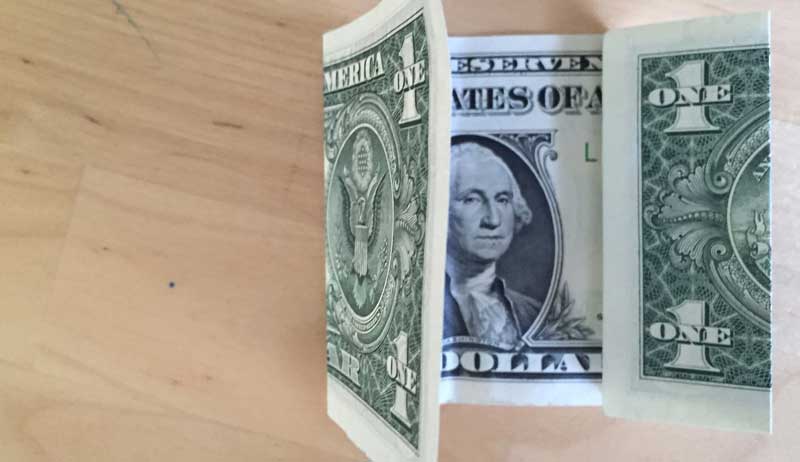 Repeat these steps on the left side. Start by folding the left edge into the left-most crease. 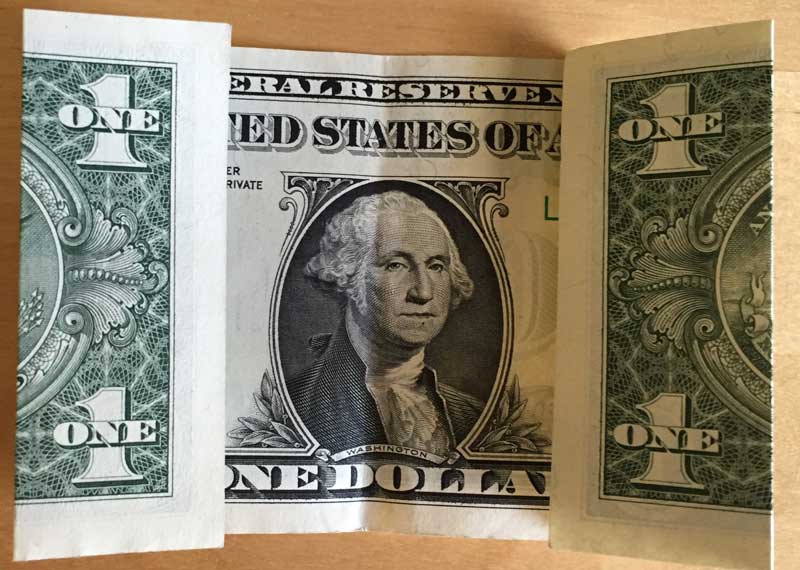 Make sure the fold is even and crease. 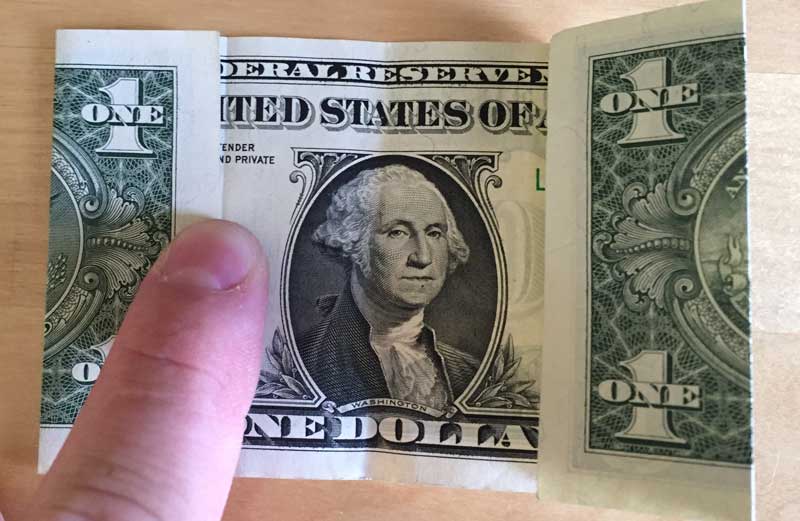 The final fold is to fold the bill exactly in half. As with the other folds, make sure it is even and crease tightly. 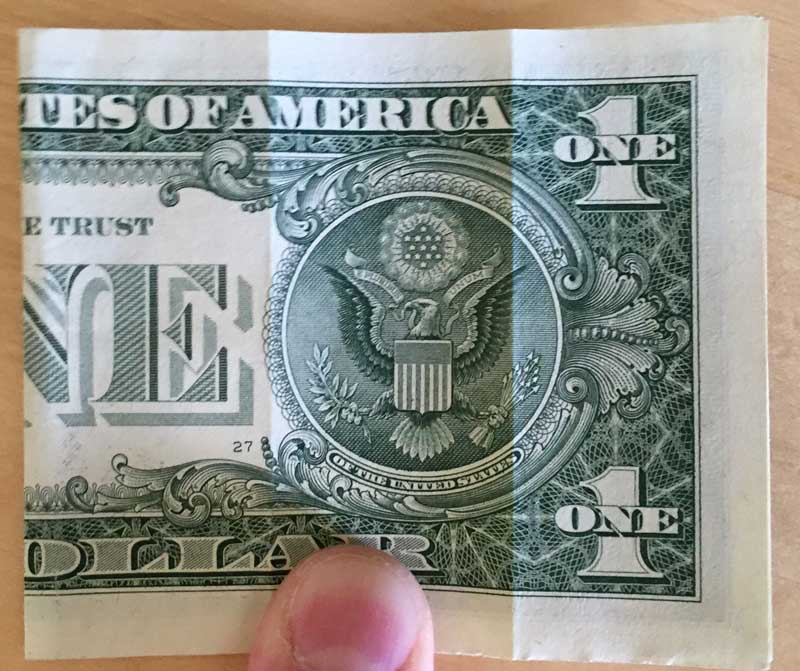 An optional final step is to add measurement markings on the fold lines. On every fold, draw a small line on the top or bottom edge.

After drawing the lines, add the inch numbers. The dollar bill ruler is ready to use; measure away!

The dollar bill ruler is pretty cool! See our other

Just a note on accuracy. Since a dollar bill is 6.14″ and not 6″ exactly the marks will be off by a fraction of an inch each. This is useful for measurements that do not need to be ultra-precise, but I assume if you’re making a ruler out of a dollar bill then this is close enough!

For improved accuracy, try one of our free printable rulers, or consider picking up a tape measure.

As an Amazon Associate we may earn commissions from qualifying purchases from Amazon. Learn more