Enter a decimal number below to convert it to a binary.

Steps to Convert to Binary

How to Convert Decimal to Binary

Binary numbers, also referred to as base 2 numbers, are the foundation of computing systems because they consist of only two digits, 0 and 1. This allows them to easily be used with electrical and mechanical switches along with modern transistors that make up modern computer processors.

You might be wondering how to convert from a decimal number to a binary number when these number systems don’t use the same digits. To answer this, we need to dig in a little bit on how a binary number works.

Digit Values in a Binary Number

Each digit can be only a 1 or a 0, and digits that are a 1 are equivalent to 2n-1 where n is equal to the distance from the right side of the number.

Now that you understand the representation of a base 2 number, you can convert from decimal to binary using successive division by 2. Whoa, what’s that mean you’re probably thinking.

To use the successive division by two method, divide the decimal number by 2 using long division. There should be a remainder of 0 or 1; write that to the side of the division problem.

Take the result of the first division problem and divide that by 2 again. Like before, there should be a remainder of 0 or 1, which you should write to the side of the problem.

Continue this process until the result is 0. 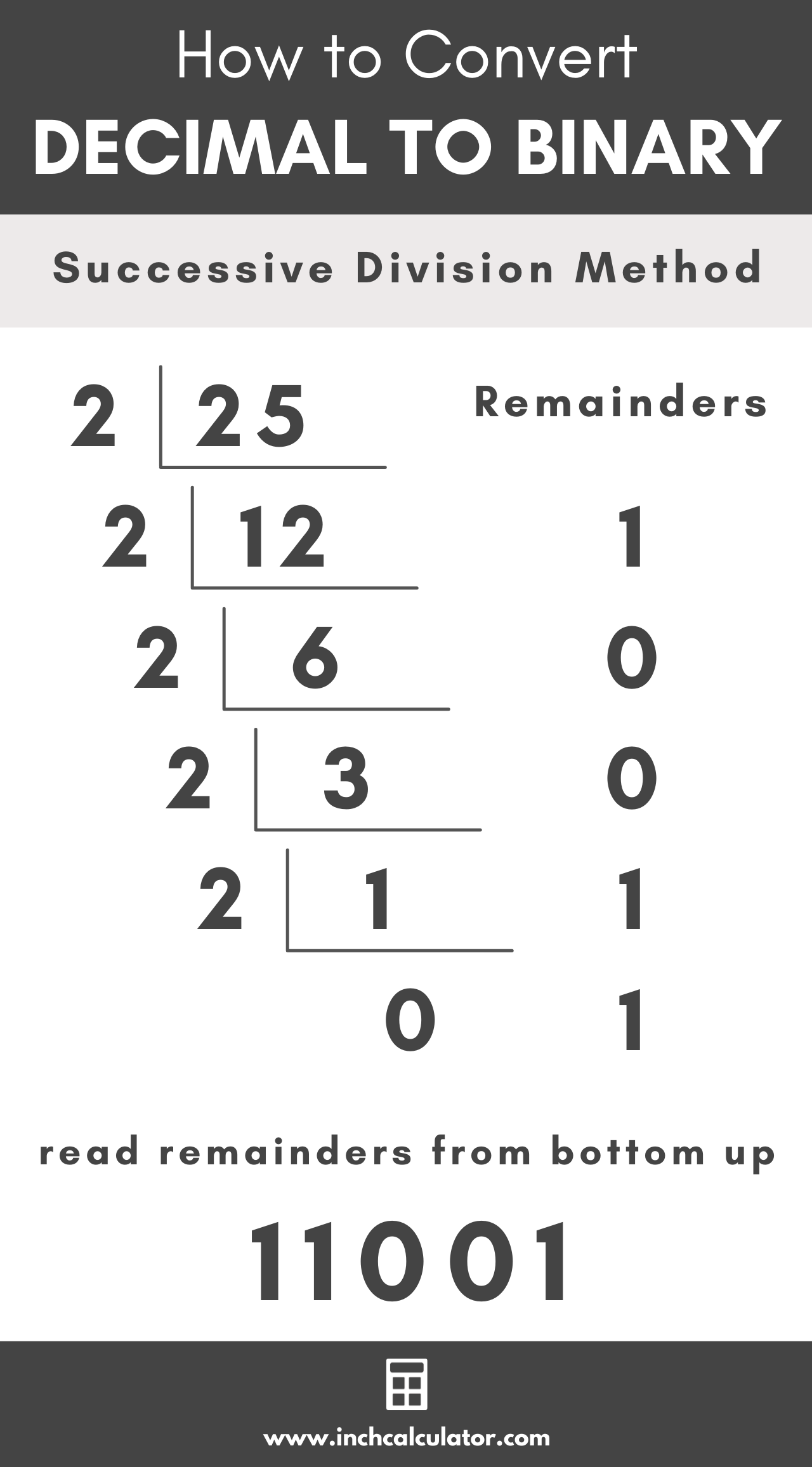 Want to convert back to decimal to confirm your answer? Try our binary to decimal converter.

How to Convert a Fraction to Binary

Continue multiplying by 2 until the resulting decimal value is equal to zero. The fractional result in binary is the remainder 0 and 1 values in order.

For example, let’s convert 0.25 from decimal to binary.

So, the fractional binary value is equal to 0.01

The table below shows decimal numbers and the equivalent binary number values.