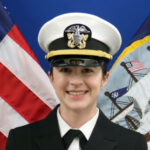 Lieutenant Swanson is an officer in the Navy with a Bachelor's degree in mathematics and an extensive background in math, physics, and chemistry.

How to Calculate Your PFT Score

The test standards set a baseline physical standard based on a Marine’s age and gender. The outcome of the test is an overall point score, performance class, and letter that inputs into a Marine’s fitness report.

The PFT consists of three components: pull-ups or push-ups, plank hold, and a 3-mile run. The 5k row is an authorized alternative to the three-mile run for Marines 46 and older or for those who are medically authorized due to injury or post-partum status.

Marines can choose between push-ups or pull-ups.

Effective January 1, 2023, all Marines are required to perform the plank hold, and abdominal crunches are no longer an allowed alternative.[1] The calculator supports crunches for posterity, but they are no longer part of the PFT.

Marines need to score a minimum of 40 points on each event and achieve a minimum score of 150 points.

To calculate the score for each event in the PFT, refer to the official standard, which outlines the points and performance level based on each event’s results.[2][3]

The scores for the plank event have been updated to account for the updated minimum and maximum scores for 2022. The maximum plank score is now 3:45, reduced from 4:20, and the minimum score is now 1:10, increasing from 1:03.

Are you interested in learning about physical assessments for other branches of service? Check out our ACFT, Navy PRT, and USAF PT test calculators.

The following chart shows the performance classes based on the number of points achieved in the PFT events.

How to Calculate Your CFT Score

The CFT complements the PFT to assess general fitness, specifically agility, coordination, and anaerobic capacity. The CFT consists of three events: movement to contact, ammo can lifts, and maneuver under fire.

The movement to contact phase assesses an 880-yard run on level ground in boots and the utility uniform.

The ammo can lift phase is a timed event involving the repetitive lift of a 30-pound ammunition can from shoulder height to overhead. The Marine has a maximum of 2 minutes to achieve the desired number of repetitions.

The maneuver under fire consists of a 300-yard shuttle run with a variety of tasks to complete, including crawls, buddy drags/carries, ammunition resupply, grenade throw, and agility running. For more detailed information on the CFT, see Chapter 3 of MCO 6100.13A.

A failure in either the PFT or the CFT will render an adverse fitness report, which places the Marine in a promotion restriction status until the failed test is passed or further administrative consequences occur.

You may also like our American flag sizing calculator if you’re interested in designing your own flag to precise proportion.