Solve the sine, cosine, tangent, cotangent, secant, and cosecant of an angle using the trigonometric functions calculator below.

The major functions of trigonometry are the sine, cosine, tangent, secant, cosecant, and cotangent. These functions define the distances of triangles for a given angle using the unit circle, as shown in the diagram below. 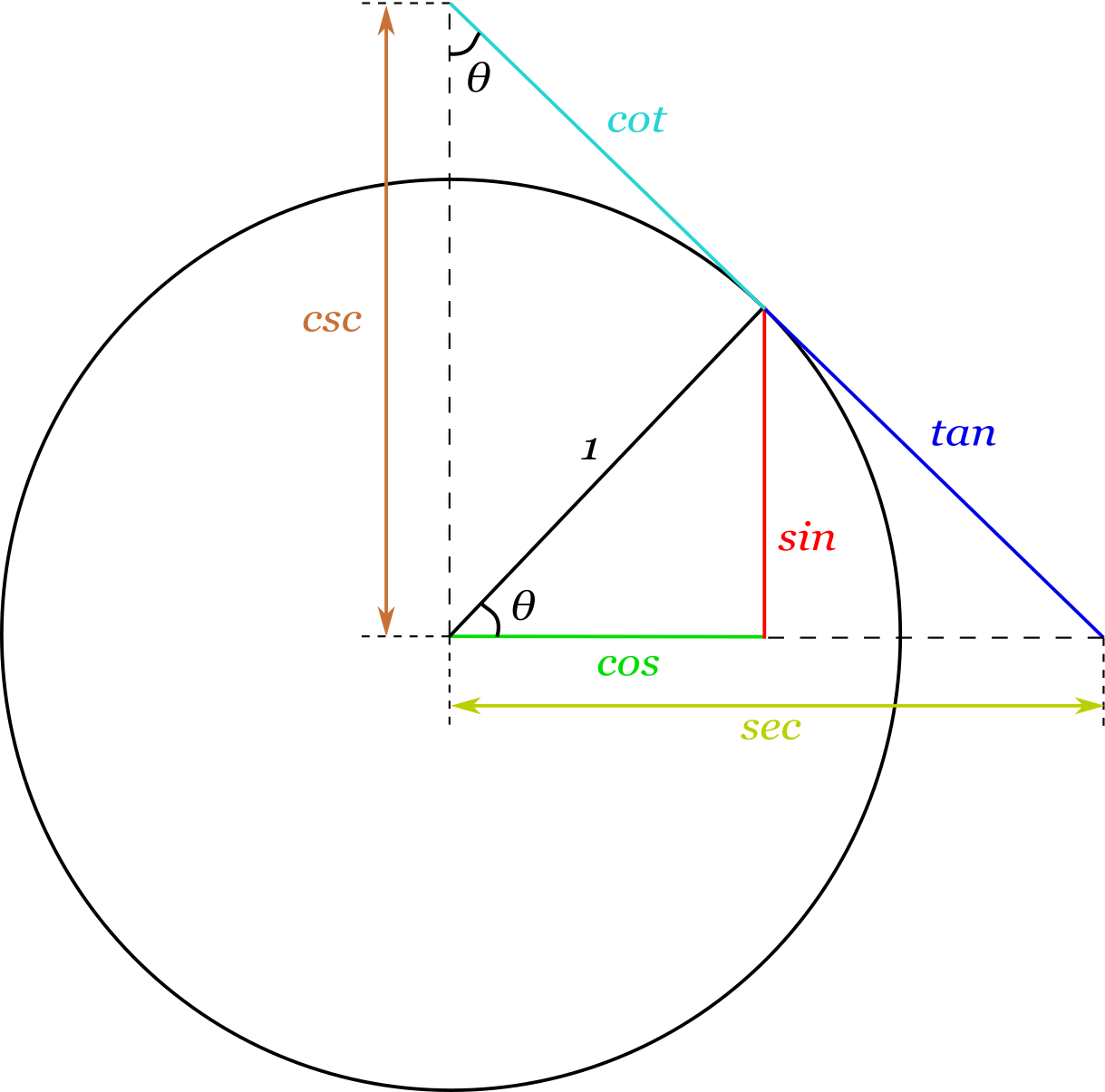 The major functions used in trigonometry are each abbreviated with three-letters. The table below shows the primary trigonometric functions and their abbreviations.

The first three functions define the relationship between the angles of a triangle and its edges. The table below shows the definitions of each of the three primary functions.

The second three functions are the reciprocal of the primary functions. The table below shows their equations.

The calculator above will solve all six properties given an angle in degrees or radians. 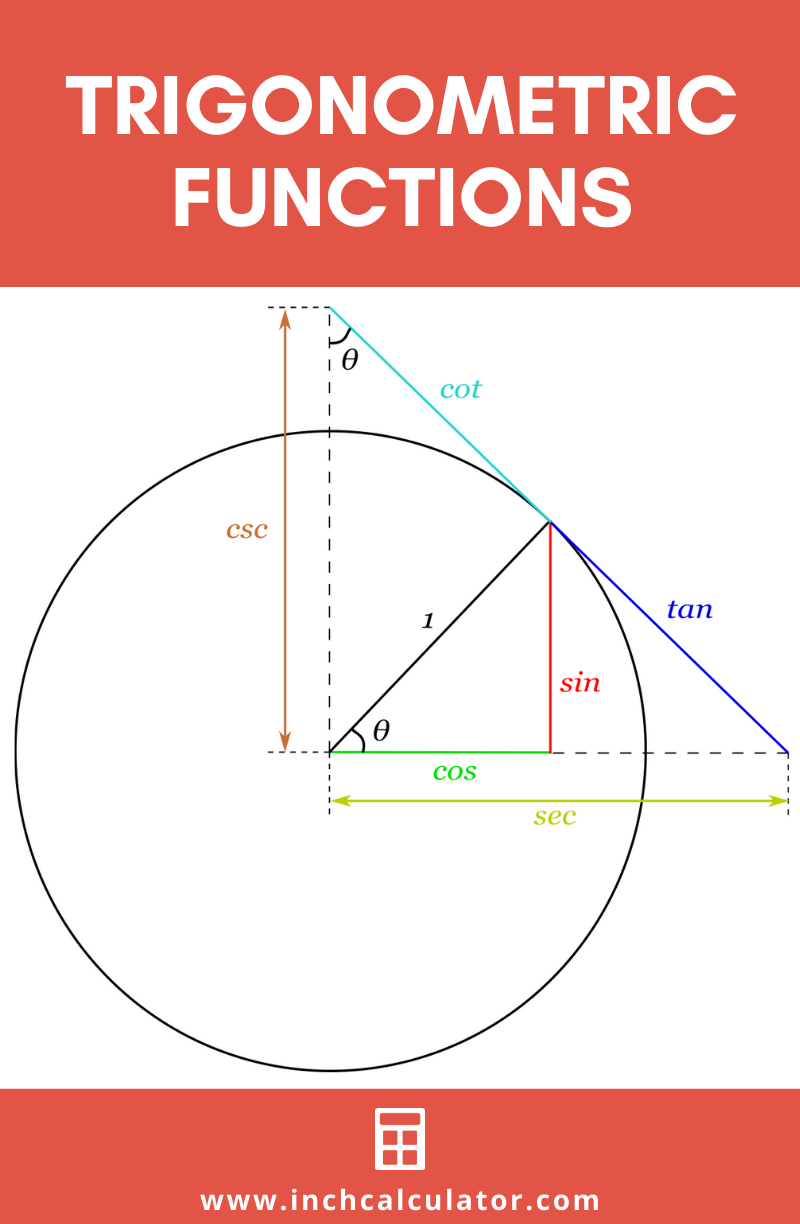