Convert kVA to amps (A) by entering the power in kVA and voltage below. Optionally, calculate for a three-phase electrical circuit by choosing the phase.

How to Convert kVA to Amps

kVA, short for kilovolt-amps, is a measure of the apparent power in an electrical circuit. One kVA is equal to 1,000 volt-amps and they are most commonly used for measuring apparent power in generators and transformers.

Amps are a measure of electrical current in a circuit.

In order to convert from kVA to amps, we’ll also need the RMS voltage of the circuit, and then we can use the formula for power

The formula to convert kVA to amps is:[1]

This means that the current I in amps is equal to the apparent power S in kVA times 1,000, divided by the RMS voltage V. 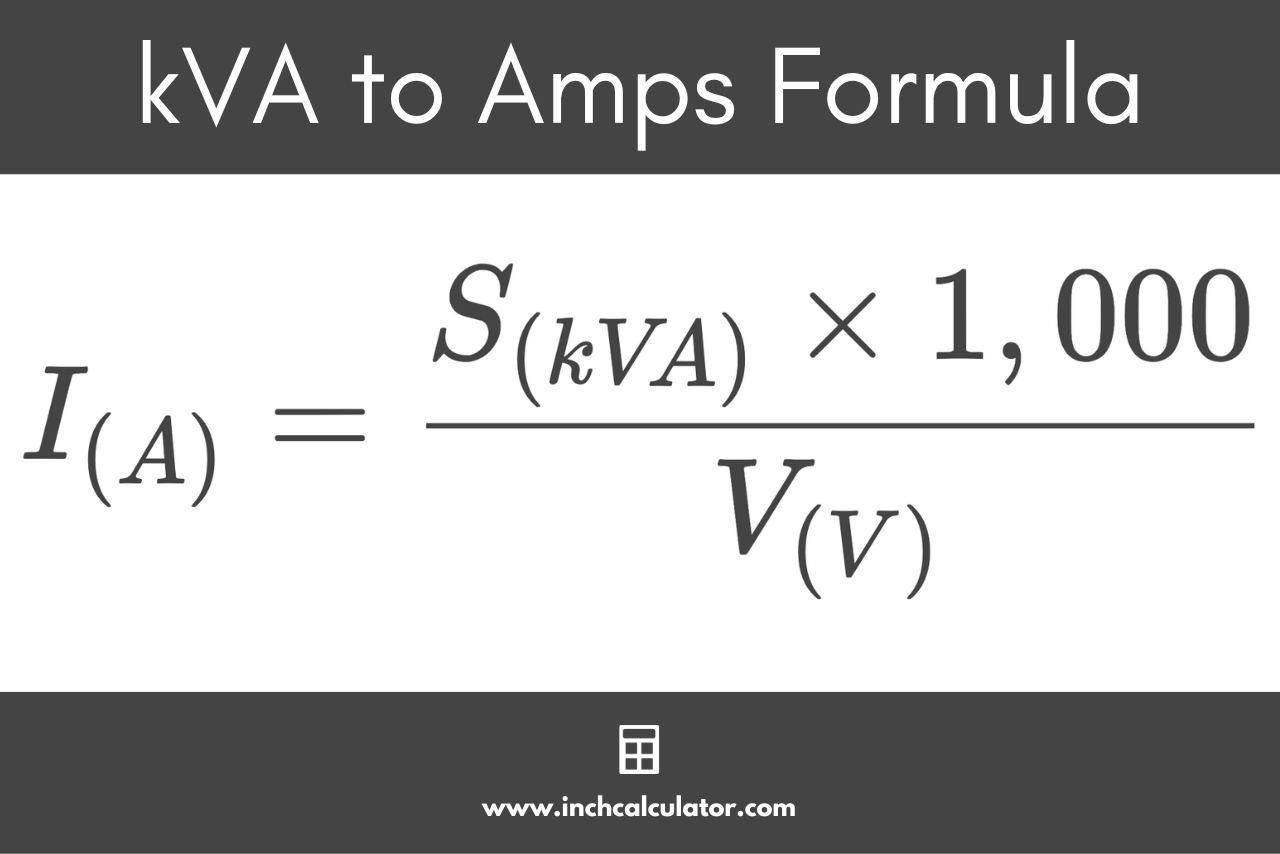 For example, let’s find the current for a 220-volt circuit with 25 kVA of apparent power.

Do you want to convert amps to kVA?

How to Convert kVA to Amps in Three-Phase Circuits

The formula to convert kVA to amps in a three-phase circuit looks like this:[2]

For a balanced load where the current is the same on all phases, the current I in amps is equal to 1,000 times the apparent power S in kVA divided by the square root of 3 (1.732) times the line to line voltage V.

For example, let’s find the current for a 440-volt three-phase circuit with 50 kVA of apparent power.

The table below shows kVA converted to amps at various voltages in a three-phase AC circuit.