Enter a binary number below to convert it to hex.

Steps to Convert to Hexadecimal

How to Convert Binary to Hex

Binary and hexadecimal numbers are often used in computing, networking, and software applications, so it’s fairly common to need to convert from one to the other.

You can convert from binary to hex in a few simple steps.

Step One: Split into Groups of Four Digits

The first step is to break the binary number into groups of four digits, starting from the right to the left. The reason for this is that a group of four base 2 numbers, or 24 is equal to 16, which is evenly divisible into the base 16 number system.

Step Two: Convert Each Binary Group to a Hexadecimal Digit

At this point each group of four binary digits can be converted to a hexadecimal digit.

The following table shows the hex digits for each possible group, also called a nibble, of four binary digits. 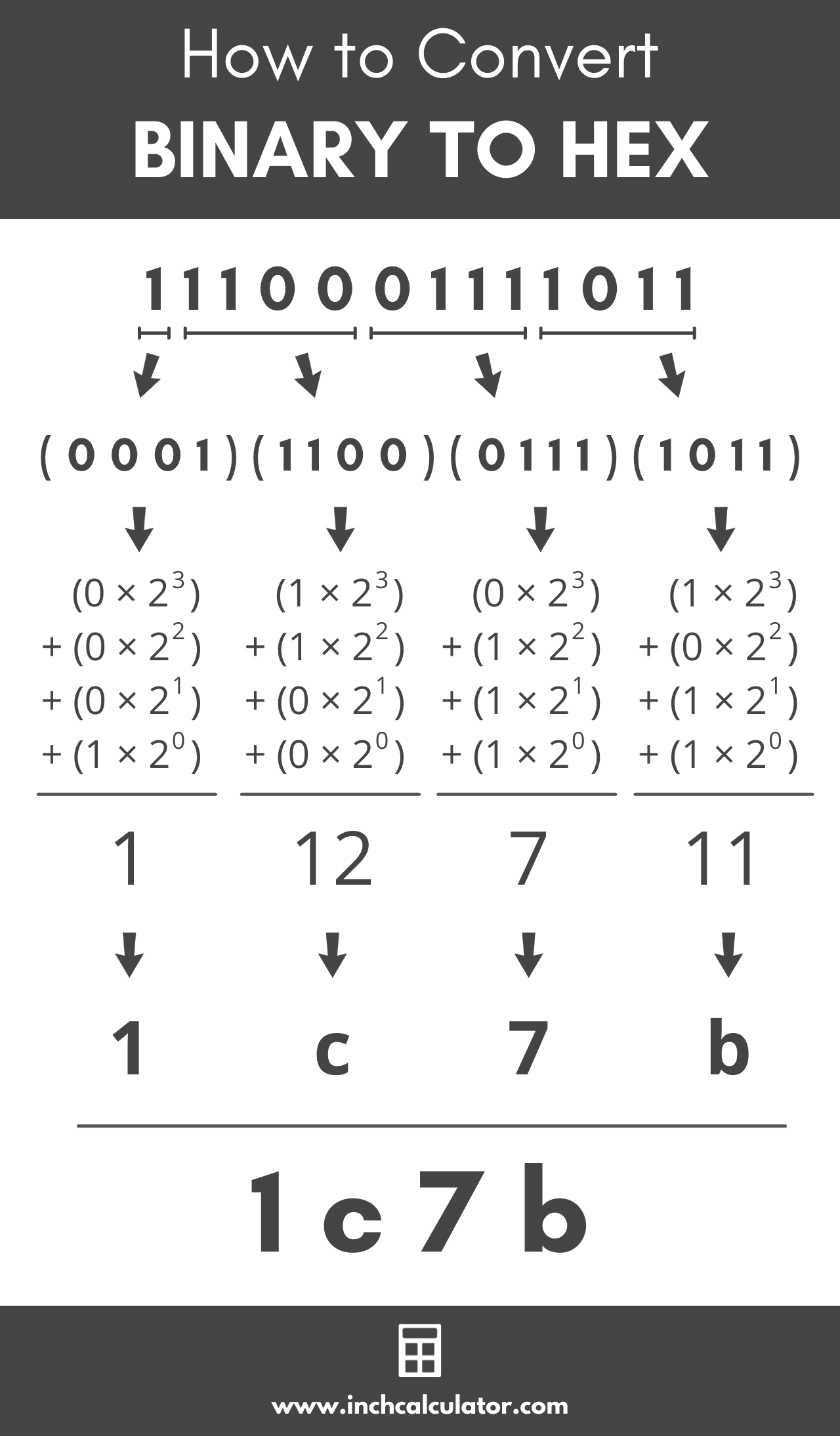 You can also use a tool like our binary converter to convert to decimal or hex.

The table below shows binary numbers and the equivalent hexadecimal number values.

You might also be interested in our binary calculator to add or subtract binary and hexadecimal numbers.