Calculate body fat according to the standards defined in US Army Regulation 600-9 using the calculator below. 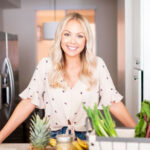 Elise is a registered dietitian with a masters of science degree in nutritional sciences and founder of The Flourished Table, an online nutrition coaching and consulting business.

How to Calculate Body Fat

The US Army has strict standards for body composition to join and remain on active duty service. In addition to the Army Combat Fitness Test, the body composition standards’ objective is to promote physical fitness, well-being, and performance of soldiers.

While there is no maximum weight, AR 600-9[1] defines specific body fat percentage standards for a soldier’s age and gender that need to be met if a soldier’s weight exceeds the limit for their height.

Height: measured while standing straight without shoes. Per AR600-9, the height will be measured with the soldier in stocking feet (without running shoes) and wearing the authorized physical fitness uniform.

Neck: circumference measured just below the larynx, or Adam’s apple, and perpendicular to the neck.

Hips: circumference while facing soldier’s right side by placing the tape around the hips so that it passes over the greatest protrusion of the gluteal muscles (buttocks) as viewed from the side.

The standards for maximum body fat percentage, as defined in AR 600-9 are shown in the table below.