Convert amp-hours to kilowatt-hours using the calculator below by entering the electrical charge in Ah along with the voltage.

Do you want to convert kWh to Ah instead?

How to Convert Amp-Hours to Kilowatt-Hours

Amp-hours, often expressed as Ah or A·h, are a measure of electrical charge. Amp-hours are often used to measure the charge capacity of a battery, for example. One Ah is the amount of electrical charge transferred by one amp of current in one hour of time.

Kilowatt-hours, expressed as kWh or kW·h, are used to measure electrical energy. One kWh is equal to one kilowatt, or one thousand watts, of power consumed for one hour of time.

To convert from electrical charge to energy, use the formula below along with the voltage.

The electrical energy in kilowatt-hours is equal to the charge in amp-hours times the voltage, then divided by 1,000. 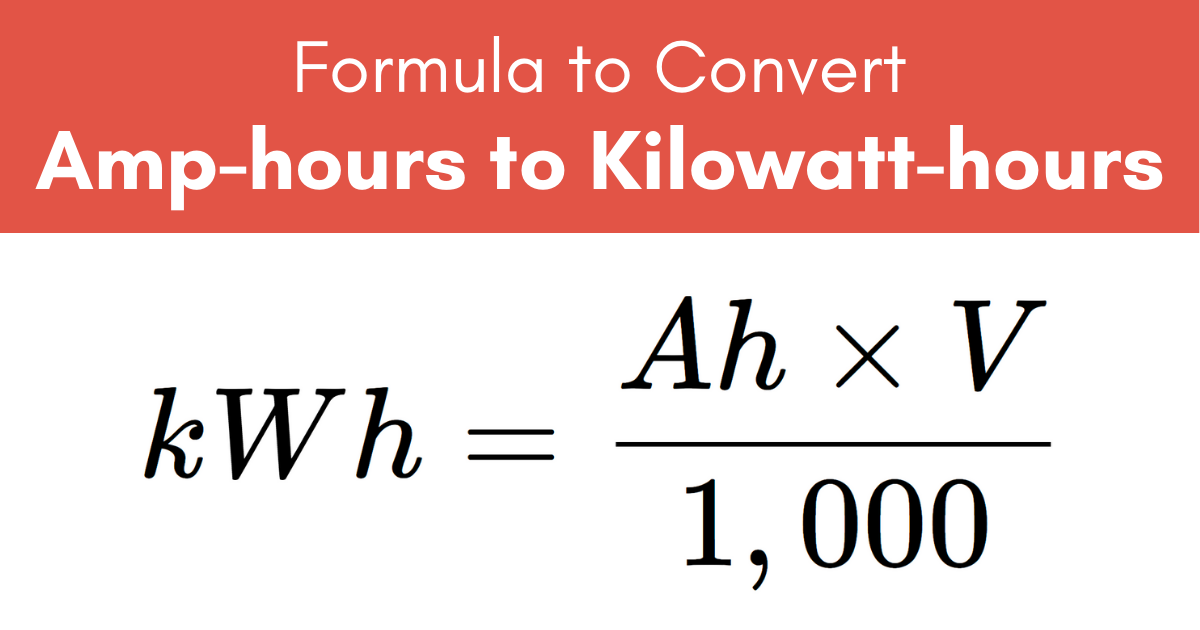