How to Convert Scientific Notation to Decimal Form

Scientific notation, also called standard form, represents very large numbers or very small numbers in a shorter format. Numbers in scientific notation are an equation of a coefficient multiplied by 10 to the nth power.

The number to the left of the multiplication symbol is the coefficient, or sometimes also called the mantissa. These are the significant digits in the number.

To convert a number that is currently in scientific notation to decimal notation, simply solve the equation. To solve, multiply the coefficient by ten to the nth power.

You can also use our exponent calculator to solve the second part of the equation, then multiply the result by the coefficient.

Convert Scientific Notation without a Calculator

We’ve shown you how to convert a number expressed in scientific notation to a decimal by solving, but this would get more difficult to do manually as the exponent gets larger. There’s an alternate way to convert to decimal without solving the equation.

If the exponent is positive, move the decimal point in the coefficient to the right one space for each value in the exponent.

How to Convert a Decimal to Scientific Notation

Converting a decimal number to scientific notation can be done in a few simple steps.

First, create an equation with the initial decimal being the coefficient multiplied by 10 to the power of 0.

Continuing the example above, move the decimal point to the left and increment the exponent.

What About Numbers Less Than One?

The method above works for large numbers, but the method for handling small numbers less than one is a bit different.

How to Use Exponential Notation

Exponential notation, or E notation, is another form of scientific notation where the “× 10” part of the equation is replaced with an “e+”.

The “E” in E notation stands for exponential. This form is also commonly referred to as scientific E notation.

How to Convert to Engineering Notation

Not to be confused with E notation, engineering notation is an alternate form of scientific notation where the exponent is a multiple of 3.

To convert scientific notation to engineering notation, move the decimal point in the coefficient to the right and reduce the exponent until the exponent is a multiple of 3.

The infographic below demonstrates visually how to convert a number to scientific notation. 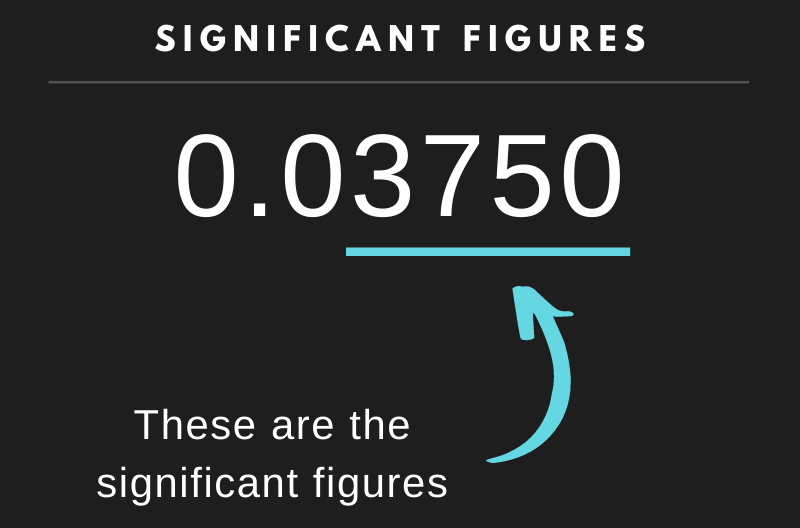 Calculate significant figures in a number or use the sig fig calculator to round a number using significant digits rounding rules.

Calculate percent decrease of a value and learn the percentage of reduction formula and the steps to find percentage decrease. 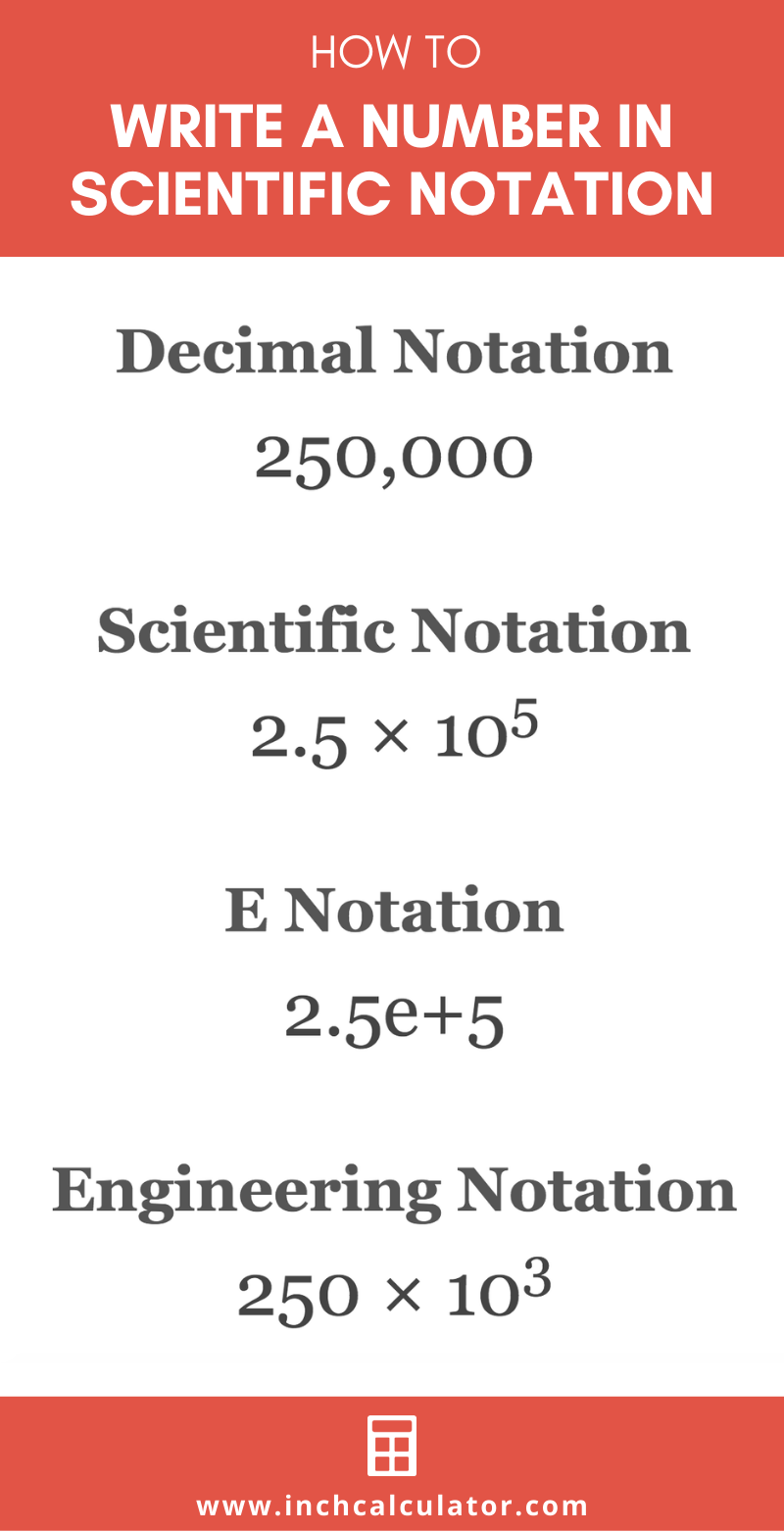