Rise over Run to Degrees Calculator

Calculate an angle in degrees given the rise and run of an incline. Rise over run can also be referred to as a gradient.

How to Calculate an Angle in Degrees using Rise over Run

The rise over run formula for calculating a slope is rise divided by run.

We can solve the angle of an incline by finding the rise and the run of a line. First, convert rise and run to the same units of measure.

Then, divide the rise by the run to find the decimal form.

Finally, get the inverse tangent of the decimal to find the angle in degrees.

Thus, the formula to convert rise over run to an angle in degrees is:

The slope or incline of a line or elevation can be expressed as a gradient(rise/run), angle in degrees, decimal, or percentage. Our rise and run to percentage calculator can convert a slope to a percentage.

You might also find our grade calculator useful for finding the incline of an elevation. 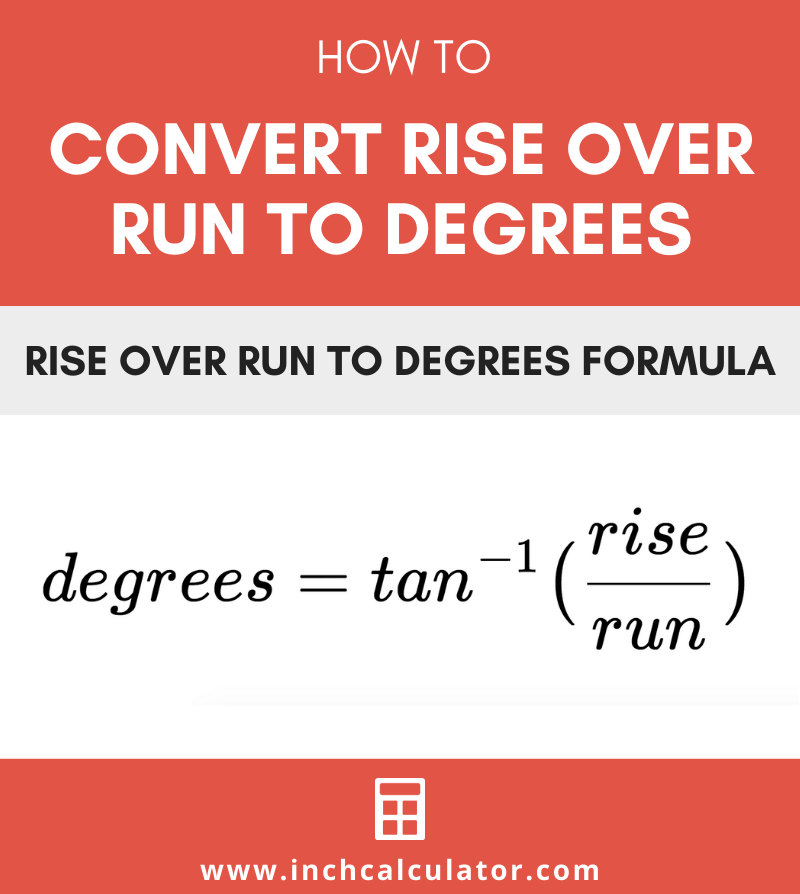