Enter the temperature in kelvins below to get the value converted to Fahrenheit.

How to Convert Kelvins to Fahrenheit

Convert kelvins to degrees Fahrenheit with this simple formula:

The formula to convert kelvins to Fahrenheit is kelvins minus 273.15, times 9, divided by 5, plus 32. Insert the [K] temperature measurement in the formula and then solve to find the result.

Kelvins and the Fahrenheit scale are both used to measure temperature. Read on to learn more about each of them. 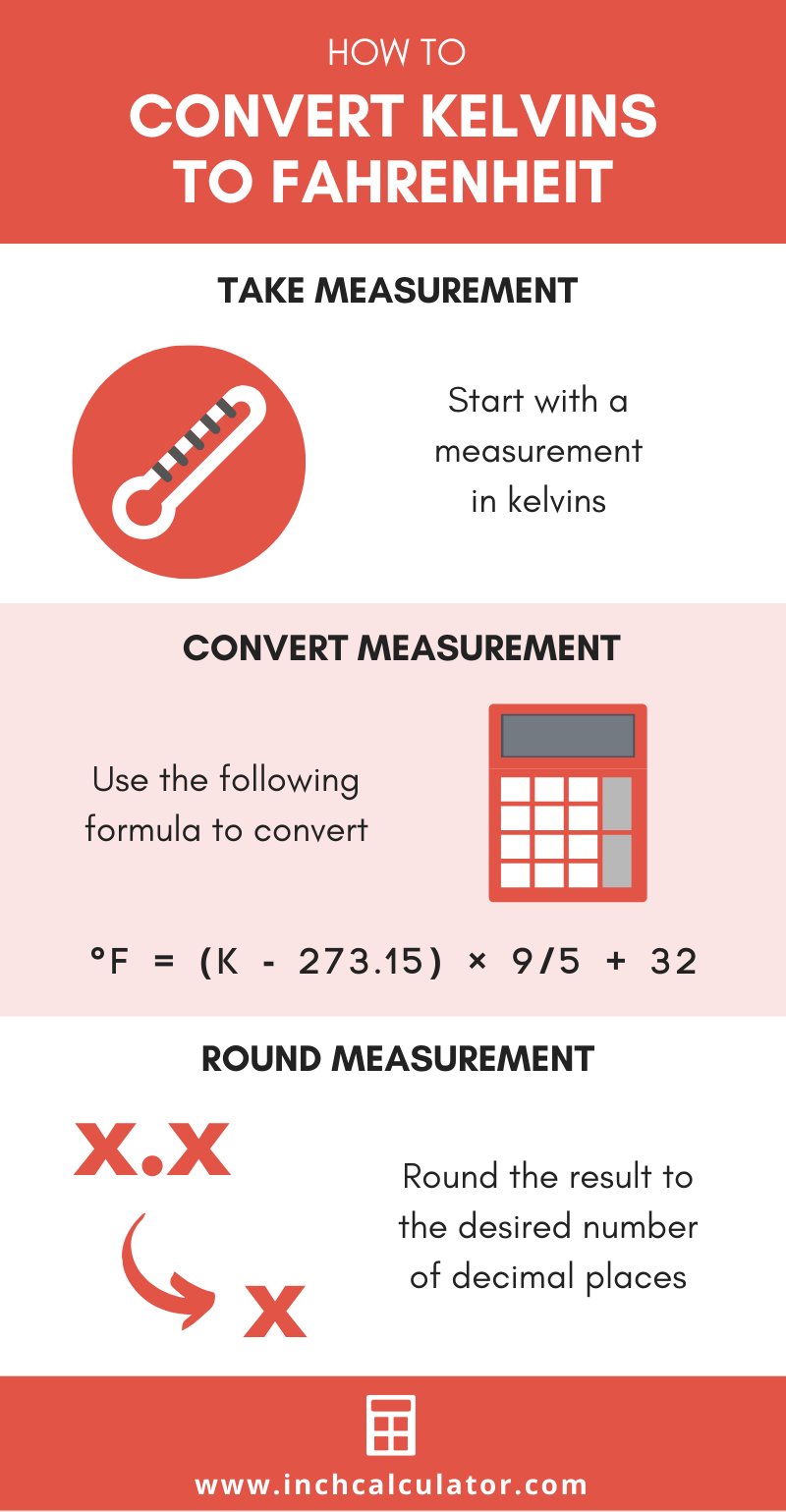 More specifically, one kelvin is equal to the change of thermodynamic temperature that results in a change of thermal energy kT by 1.380649 × 10−23 J.[1]

The Fahrenheit scale is a temperature scale that defines the melting point of water as 32 degrees and the boiling point of water at 212 degrees.[2] There are 180 intervals between 32 °F and 212 °F, each corresponding to one degree.