Calculate the Aspect Ratio for a Resolution

Aspect Ratio:
16:9
or
1.78:1
Scaled Resolution:
=
Learn how we calculated this below
Add this calculator to your site

How to Calculate an Aspect Ratio

An aspect ratio indicates the shape of a video screen or image. Screens display images as a grid of colored squares or rectangles in a grid, and the width and height of that grid is the resolution.

These squares or rectangles are called pixels. The aspect ratio is the ratio of the number of columns to the number of rows of pixels that make up a video display or image.

An aspect ratio is equal to the ratio of the width of an image to its height.

However, an aspect ratio is often reduced to a common format based on industry standards.

Aspect ratios for video applications are usually reduced to either 16:9, 16:10, or 4:3. Some video aspect ratios cannot be evenly reduced into these ratios, in which case they should be reduced to the number of columns to 1 row of pixels.

For instance, cinema projection screens often use a ratio of 2.35:1 or 2.4:1 (cinemascope). Learn more about these on our projector calculator.

How to Reduce an Aspect Ratio

How to Scale an Aspect Ratio

You can use our scale calculator to find the scale factor or scale measurements.

Multiply both parts of the resolution by 2

While images come in many shapes and sizes, there are some aspect ratios that are more commonly used for images and photography.

There are many aspect ratios used for various purposes in film and video, and some are more common than others. The most common is 16:9; see the table below for the most common ratios for each type of use. 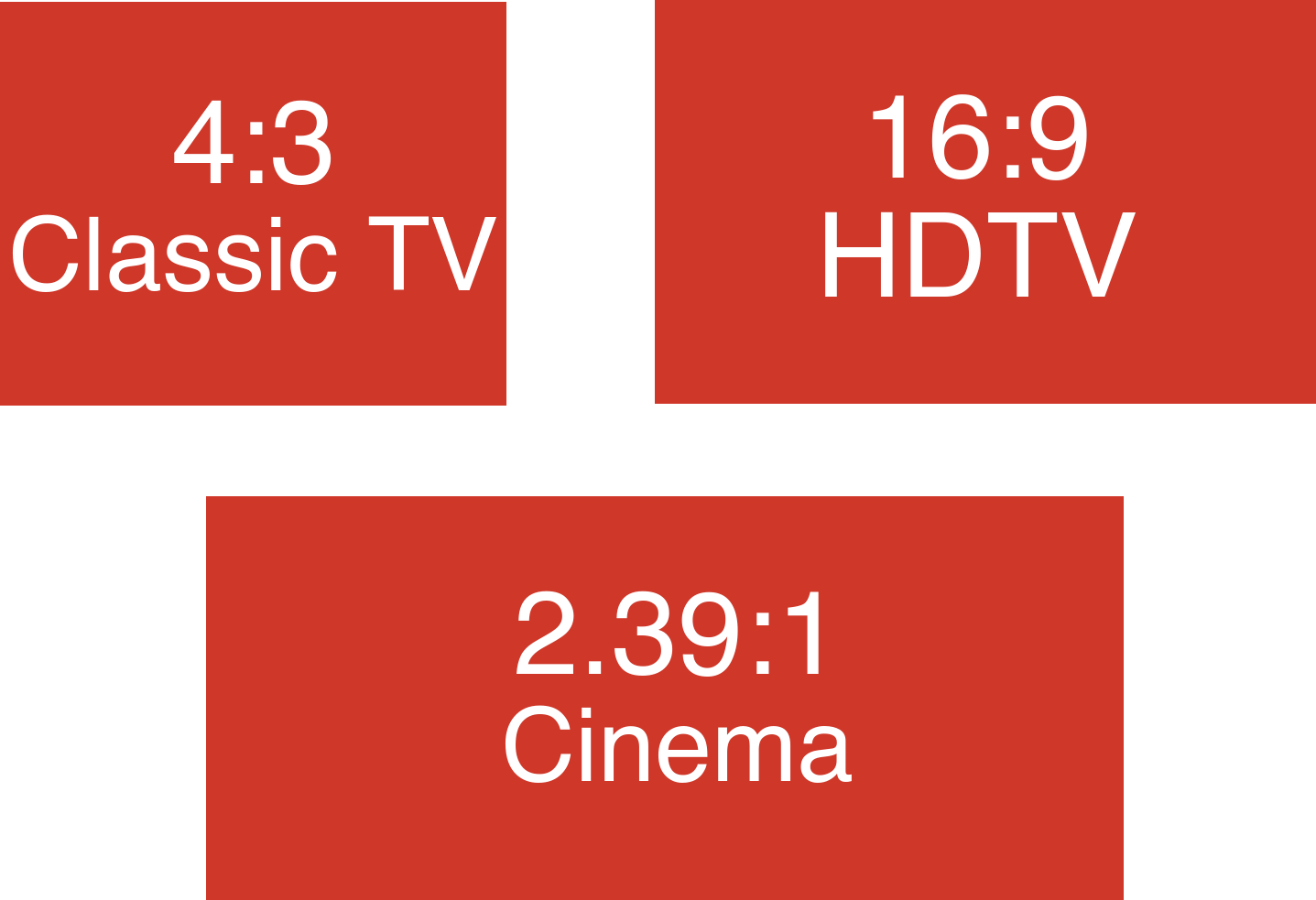 How to Convert Video to a Different Aspect Ratio

Sometimes video in one aspect ratio needs to be displayed on a screen that is a different resolution, for example, when displaying standard definition 4:3 TV on a high definition 16:9 display.

There are a few different ways to display video that is not the same aspect ratio as the screen.

The video can be zoomed so that there is no extra space, which will crop part of the video.

For example, a 4:3 video can be zoomed to scale the width to that of a 16:9 screen, cropping the top and bottom of the video.

For example, a 4:3 video can be zoomed, scaling the video’s height to the height of the display, resulting in bars on either side of the video.

For example, a 16:9 video can be zoomed so that the video’s width is the same as the display’s width, resulting in bars on the top and bottom of the video.

You might be interested in our TV viewing distance calculator to calculate the resolution and size of TV you should get based on your seating distance.