Subtract two vectors a and b to find resultant vector a – b using the calculator below.

Use the Vector Subtraction Formula

Use the Vector Subtraction Formula

How to Subtract Vectors

In linear algebra, vectors represent ordered sequences of numbers. You can subtract vectors by subtracting the corresponding components from one another.

The difference of two vectors is referred to as the resultant vector. You can also add vectors using the same technique.

You can also subtract vectors a and b using the parallelogram method.

Using this method, place the two vectors at the same initial point. Then, complete the parallelogram by drawing two additional lines.

Because a negative vector follows the exact opposite direction of the positive vector, you can use the same method as vector addition to solve a vector subtraction problem. 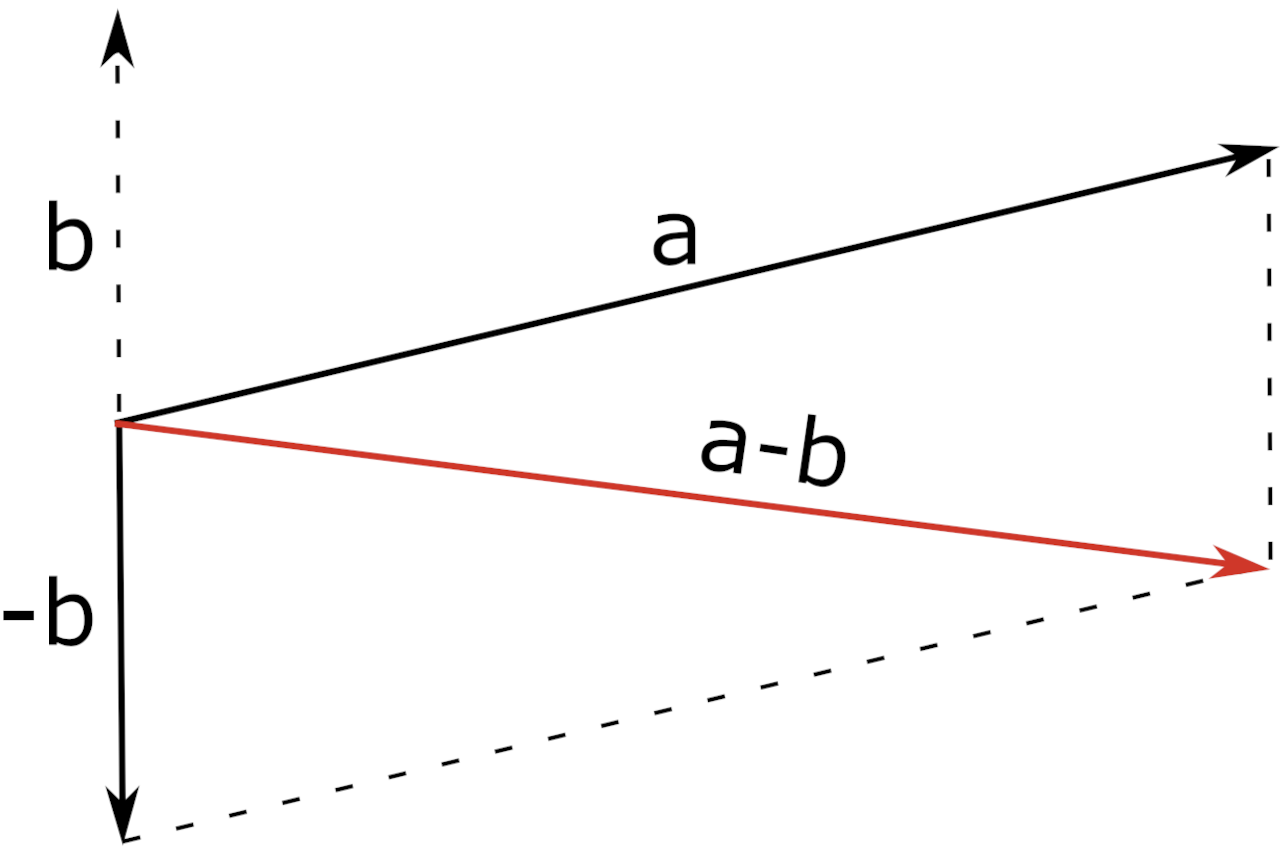 The diagonal of the parallelogram is equal to the resultant vector a – b.