Enter the temperature in Fahrenheit below to get the value converted to Celsius.

Results in Degrees Celsius:
68 °F = 20 °C
Do you want to convert Celsius to Fahrenheit?

How to Convert Fahrenheit to Celsius

There are a few formulas that you can use to convert degrees Fahrenheit to degrees Celsius.

The National Institute of Standards and Technology actually defines the following formula for the conversion:[1]

Ultimately this is the simplified or reduced version of the more widely accepted formula above.

The Fahrenheit and Celsius scales are both used to measure temperature. Read on to learn more about each of them. 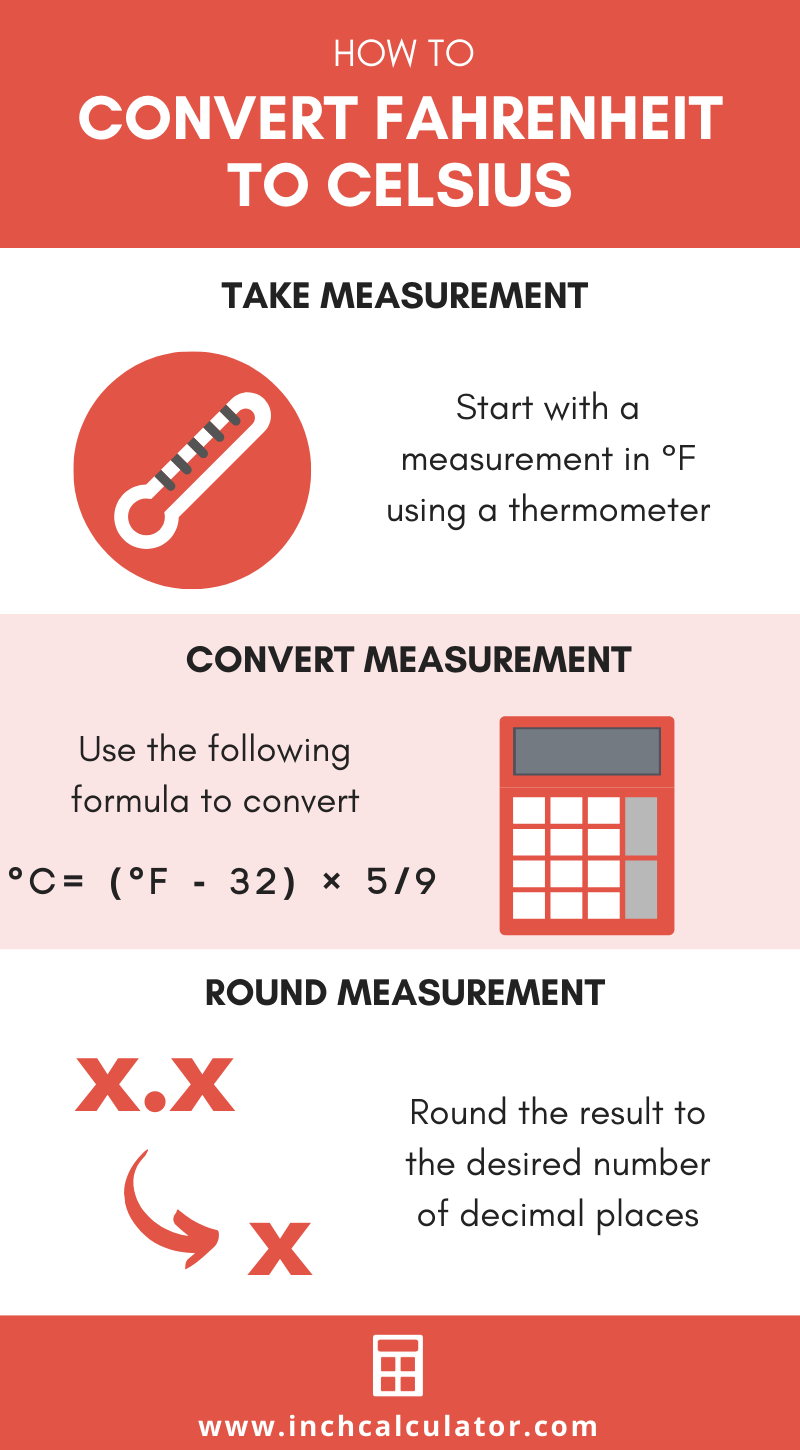 Are you converting temperatures or cooking or baking? Try our oven temperature conversion calculator.

The Fahrenheit scale is a temperature scale that defines the melting point of water as 32 degrees and the boiling point of water at 212 degrees.[2] There are 180 intervals between 32 °F and 212 °F, each corresponding to one degree.

The Celsius temperature scale, also commonly referred to as the centigrade scale, is defined in relation to the kelvin. Specifically, degrees Celsius is equal to kelvins minus 273.15.[3]