Enter the bill price, tip percentage, and number of people to calculate the total tip and bill amount.

How to Calculate the Tip 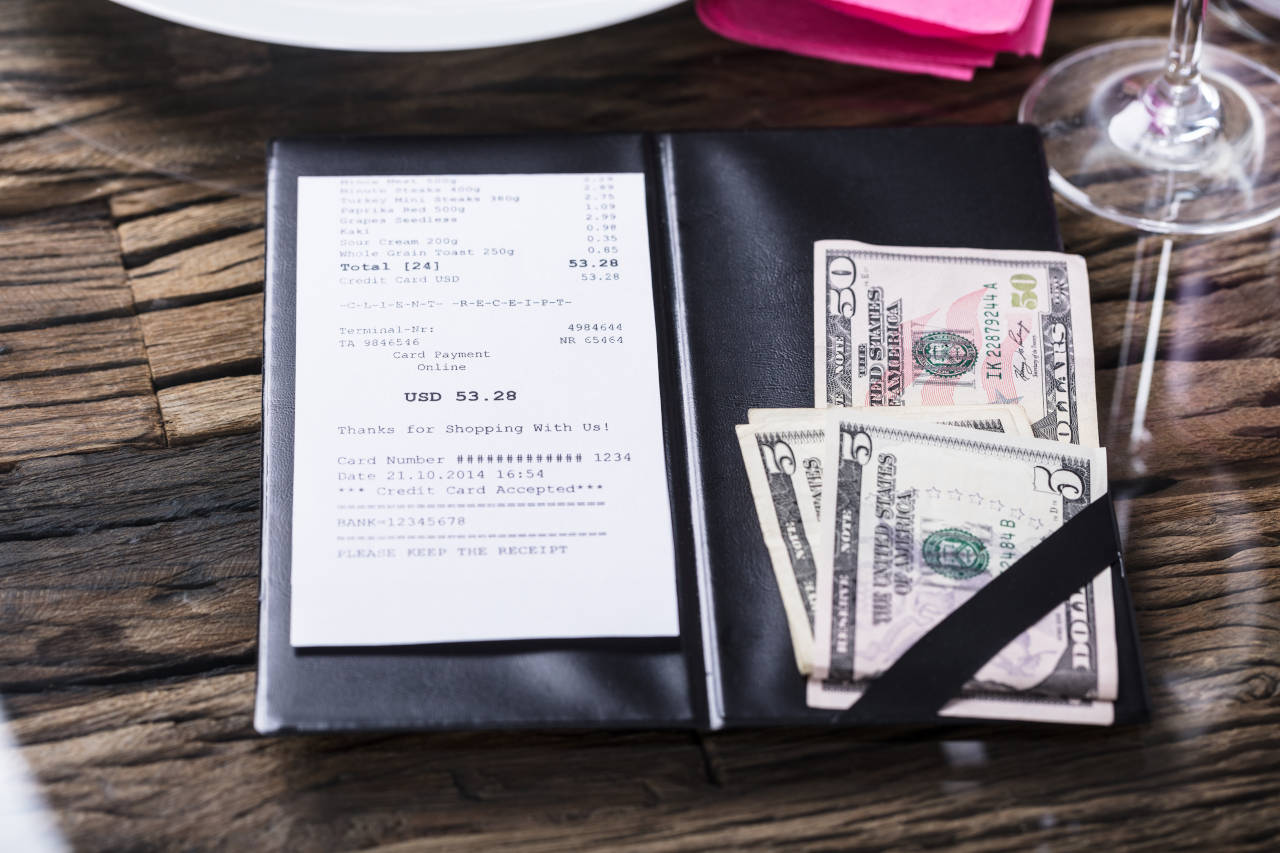 Calculating the amount to tip can be done in a few easy steps. Start by dividing the tip percentage by 100 to get the percentage as a decimal.

Next, multiply the tip percentage in decimal form by the total bill to calculate the amount to tip.

Thus, the tip amount is equal to the total bill amount times the tip percentage in decimal form.

A Simple Trick to Calculate the Tip

Caught without your smartphone or a calculator? Here’s an easy way to calculate a tip without any tech.

Take the total bill and double it in your head, then shift the decimal point to the left one place. This will be a 20% tip amount.

How Much is a Good Tip?

There are many different opinions on what a good tip is, and ultimately it’s up to you how much to tip for the service you receive. It’s generally agreed on that 15% is a good starting point for a tip.[1]

The amount you might consider tipping also varies for different services and industries. Consider this as a starting point, and of course use your preference or judgement if you disagree.