Enter degrees, minutes, and seconds to convert them to degrees in decimal form.

60.5875°
Learn how we calculated this below
Add this calculator to your site

How to Convert Degrees, Minutes, Seconds (DMS) to Decimal

Degrees can be expressed with minutes and seconds or in decimal form. One degree is equal to 60 minutes or 3,600 seconds.

To convert degrees to decimal form, find the decimal value of degrees for the minutes and seconds, and then add them to the degrees.

Minutes are expressed using the prime symbol (′). Minutes can be converted to decimal form by dividing them by 60, since there are 60 minutes in a degree.
decimal = minutes ÷ 60

Seconds are expressed using the double-prime symbol (″). Seconds can be converted to decimal form by dividing them by 3,600, since there are 3,600 seconds in a degree.
decimal = seconds ÷ 3,600 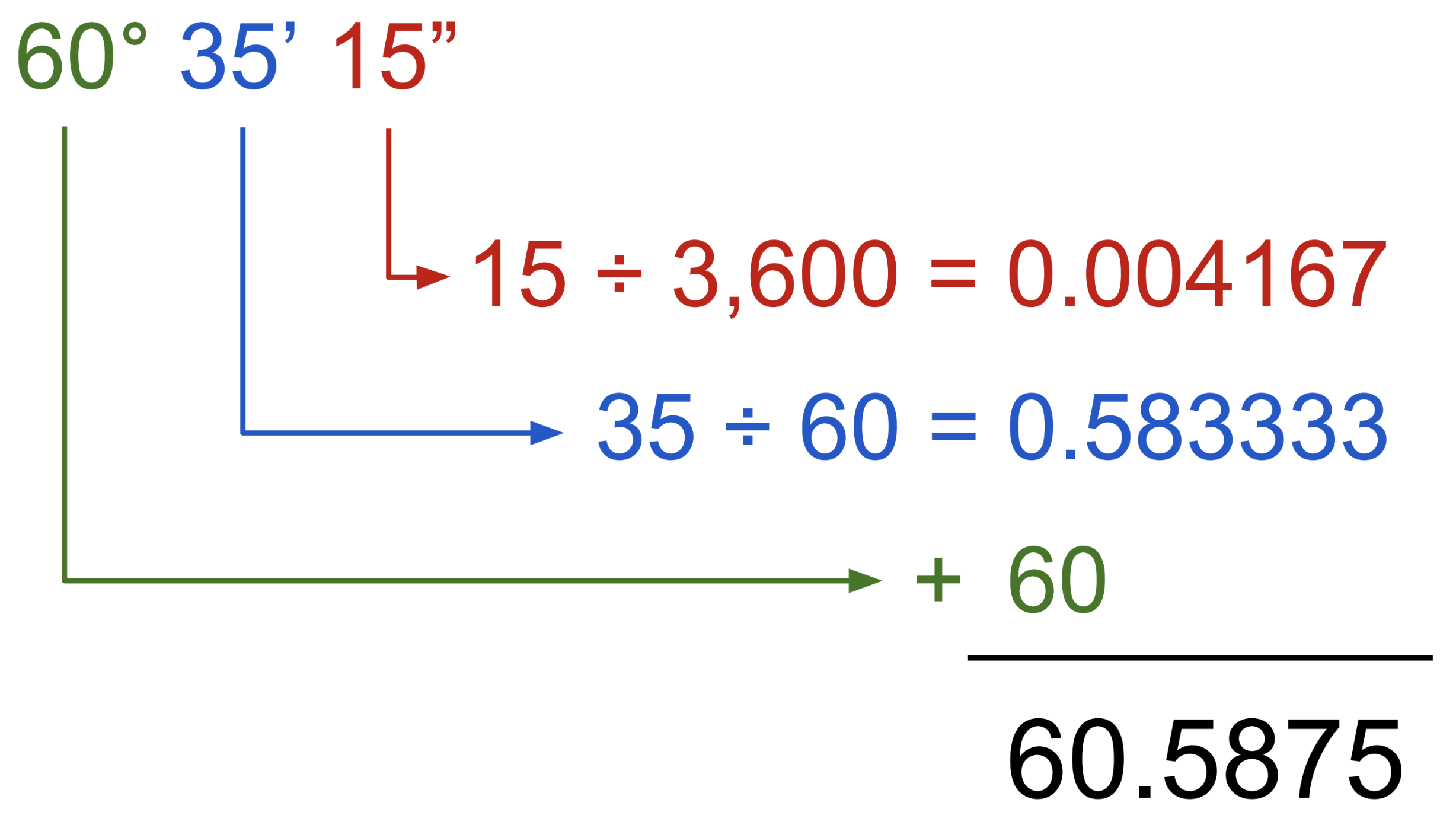 You might also be interested in our calculator to convert decimal degrees to degrees, minutes, and seconds.