How Much Does a Ceiling Fan Cost?

A fan usually requires one to three hours of labor for a typical install, generally costing in the $100 to $300 range for labor. More difficult installations or adding new wiring will likely add to the cost. 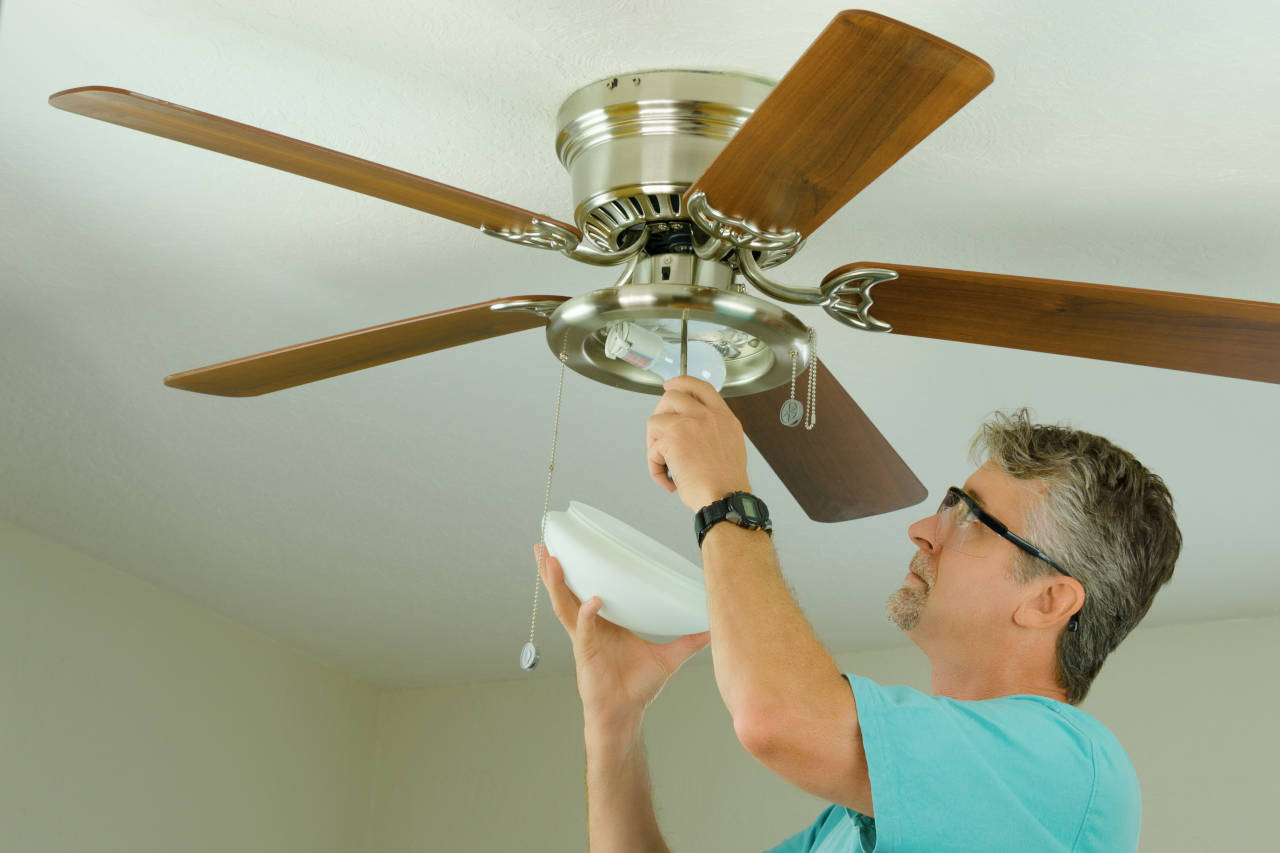 Most people think of a ceiling fan as a means to cool a room without the use of expensive air conditioning. However, you can also use it to redistribute warm air as well. Heat rises and will stay up there.

During the cold winter months, run your fan in reverse, or clockwise on low speed. This simple flip of the switch will gently redistribute the warm air trapped on the ceiling. Warm air is then pushed out toward the walls, down, and back into the room.

How many square feet of space you are trying to cover with your ceiling fan will affect the size of blades needed and thus, the size of the fan motor, and its cost.

However, to avoid extreme blade lengths, which could warp or bend downward over time and look too commercial for some homeowners, the use of two or more ceiling fans is an alternative.

These are the fans most often seen in homes with four or five blades and a light. You can buy one for $50 up to $1,000 and get it installed using the existing wiring from a light fixture for another for $100 – $200.

A low-profile or flush-mounted fan is best suited for ceilings less than eight feet. These fans typically cost between $80 and $550.

Propeller fans are suspended from the ceiling using a down rod and are used in rooms with a nine foot or higher ceiling, and cost $150-1,000.

The installer hangs a directional fan from a downrod to point in the direction the owner wants more airflow. The cost typically is $150-1,500.

A rotational ceiling fan has two fans suspended from a downrod, with a bar between the fans which rotate and spin, creating greater airflow. The price of this unique design is $300 – $3,000.

There are actually two ratings for indoor/outdoor fans: wet-rated or damp-rated. The wet-rated fan is a perfect fan for use outdoors, as it has waterproof wiring and motor housing. On the other hand, the damp-rated fan is resistant to high humidity and useful in an enclosed patio or gazebo, but not where the rain or snow will reach it.

Experts recommend not hanging a ceiling less than seven feet off the floor. However, as the homeowner, you know what your requirements are.
Hanging a ceiling fan over the dining room table is likely not a problem but be careful changing the tablecloth.

Rooms that have a low ceiling should use a flush-mounted fan or low-profile fan. Use down-rods to suspend ceiling fans in rooms with a ceiling higher than nine feet. Although the recommendation is to add six inches of downrod for every foot over nine feet, it’s the homeowner’s discretion. Many believe a long downrod looks unruly.

When you replace a ceiling fan with one of similar electrical draw and weight, it will most likely only cost you for labor. If, however, the new fan weighs considerably more, or the current wiring or circuit breaker is not sufficient, you might need a new fan support bracket, a separate circuit breaker, or perhaps even a new electrical panel; which could drive up the cost.

How to Find an Electrician

It’s generally recommended to use a professional and licensed electrician to install your new fan. We suggest getting at least three estimates for the project to allow you to select the electrician that’s right for your project. Try our electrician locator to find a pro in your area.

All pricing information on this page is based on average industry costs, and is subject to variance for project-specific materials, labor rates, and requirements.